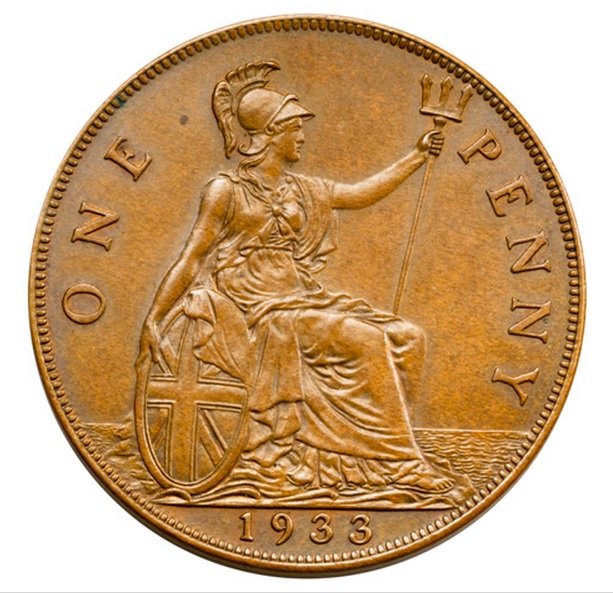 The rarest British coin of the 20th century will surprise many since that distinction belongs to a humble penny. Thanks to an excess of the coin still in circulation by 1932, the following year the Royal Mint didn’t produce any at all – or almost.

For some time there had been a tradition of placing a full set of coins of the realm under the foundation stones of important buildings as they were being built. To facilitate this, a very few were struck featuring Britannia on one side and King George V on the other. The year ‘1933’ was the only thing that would distinguish them from preceding or subsequent years. For a time this prompted attempts to create forgeries which would dupe unsuspecting buyers into believing they were buying one of perhaps just seven such coins in the world. When one of the ‘pattern’ coins (a prototype not used for production) recently came up for auction it sold for £72,000. The currency coins are believed to be worth much more but are now all in museums or private hands.