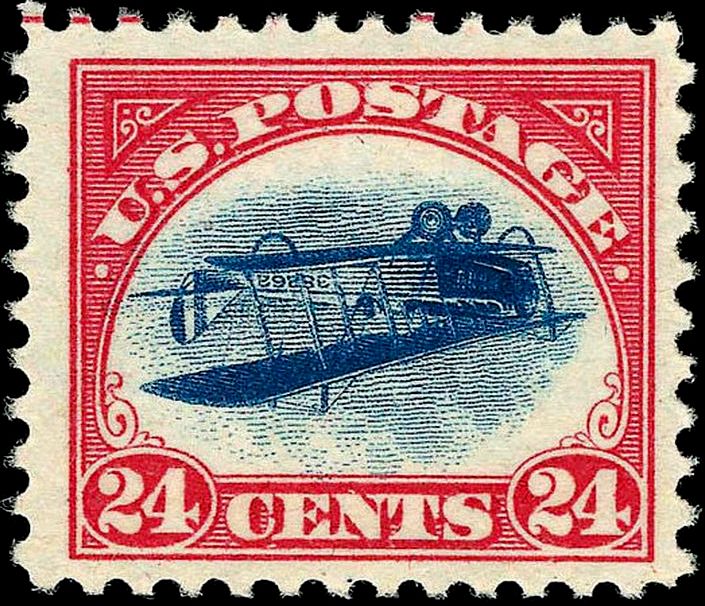 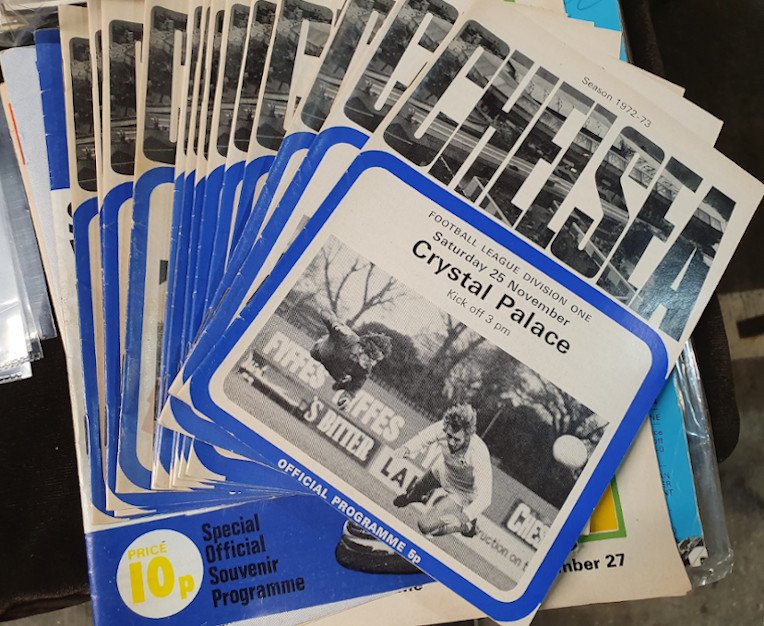 “Ephemera (n) items of collectible memorabilia, typically written or printed ones, that were originally expected to have only short-term usefulness or popularity”. As any baseball card or pulp fiction collector will tell you, those expectations were sometimes very wrong indeed and the market for newspapers, advertisements, football programmes, tickets, mail order catalogues etc. is alive and well. Take this full season’s worth of home programmes from Chelsea’s 1972-1973 season for example. Let’s just say that you won’t get them for 5p each in 2019! The original prices of classic paperback fiction by Zane Grey, Ian Fleming or Edgar Wallace have also risen considerably.

John Barrett is one of the market’s veteran ephemera dealers and his stall is a fantastic snapshot of just how varied this field is. He has a particular love of press photography of the 1930’s and 40’s but keeps track of a wide range of printed material. So what should we be keeping hold of today as a potential windfall for our grandchildren? “Anything and everything” says John, “it’s almost impossible to predict. Although I should think that there will certainly be a strong market for women’s football programmes as the sport continues to grow”.

You heard it here first. 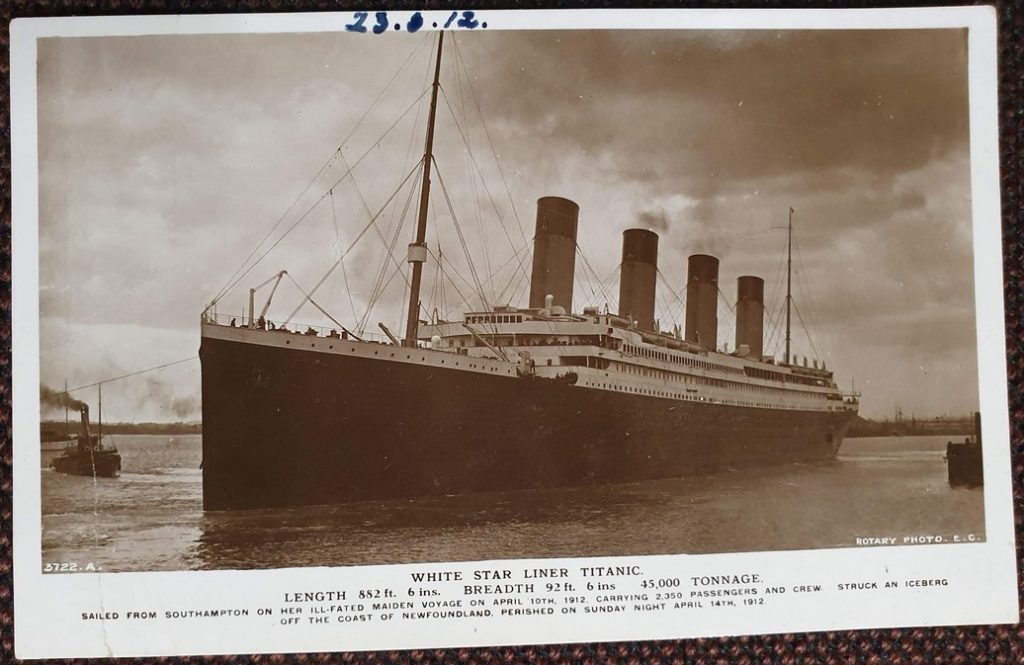 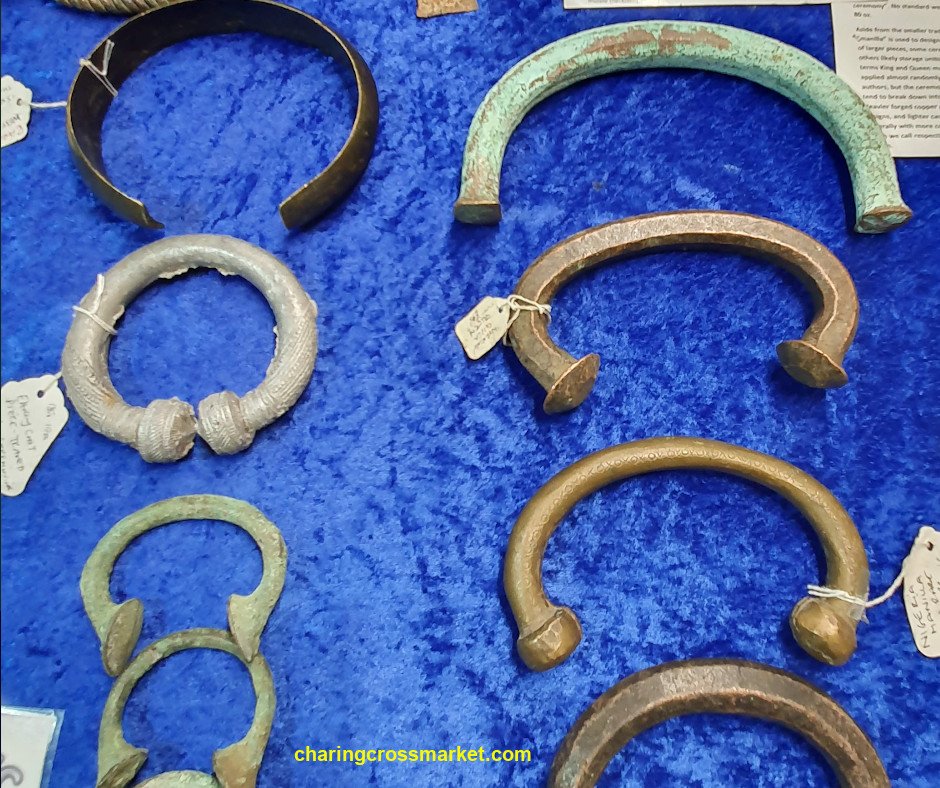 Such was the value accorded to copper in early African civilisations that it came to be known as ‘red gold’. This was the prinicipal currency along the West African coast for hundreds of years and these ‘manilla’ or bracelets were worn by women to display their husband’s wealth. While some wore them on their wrist or ankle, a more ostentatious wife might wear a ‘King’ manilla (top right) as a necklace.

Other forms of exotic currency regularly traded at the market include katanga crosses, bochies (both also of copper), cowrie shells, silver Tok coins and base silver bar monies from Thailand in the shape of leeches, boats or a tiger’s tongue (with characteristic serrated texture). 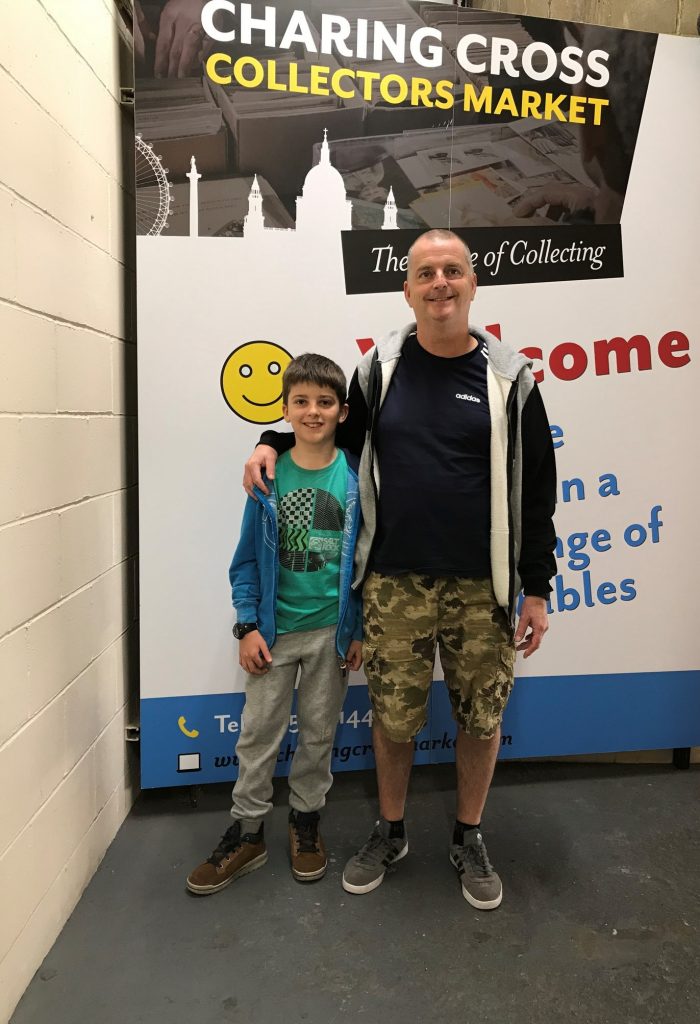 Visiting the market from Torquay with his Dad last Saturday, 11 year old Zach is normally looking to add more decimal currency to his collection. On this occasion though, it was a Freemason’s Chronicle on one of the ephemera stalls which caught his eye. Some might wonder what appeal such an esoteric old volume might have for a young lad just starting secondary school but Zach’s answer spoke volumes about his maturity. “It’s not the actual monetary value. I just love the history of the item” – clearly a young man of taste and discernment! We look forward to seeing him again.