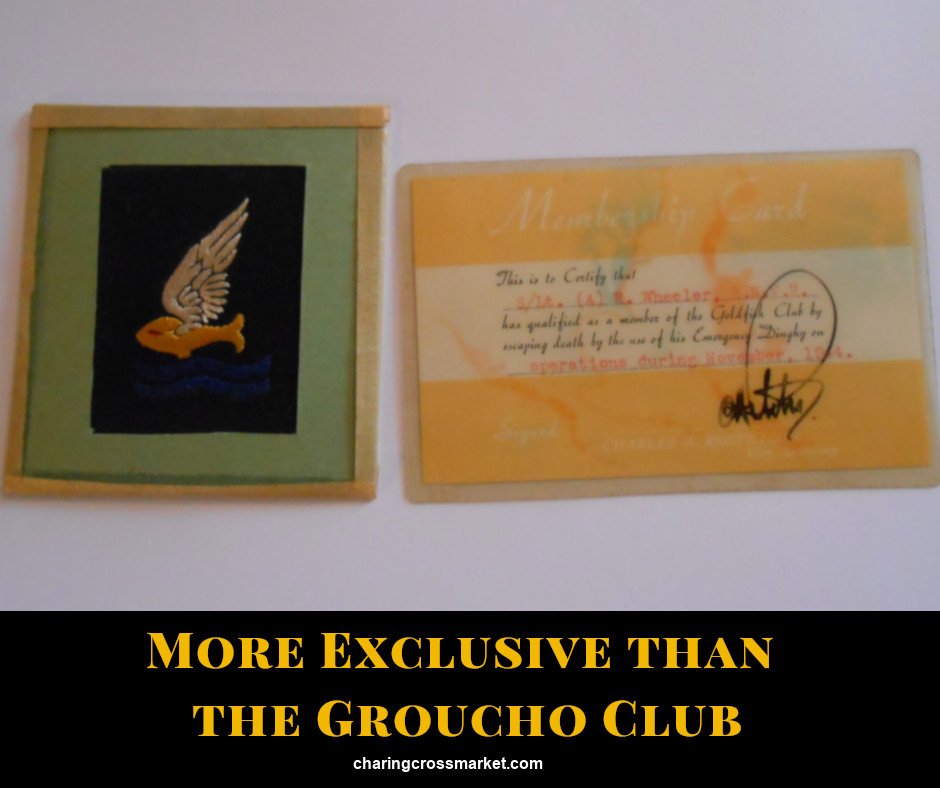 Anyone with a spare £1,150 can join the Groucho Club in London. But no amount of money can buy you membership of the Goldfish Club. The brainchild of C. A. Robertson, who was Chief Draughtsman at the (then) largest air-sea rescue equipment manufacturer in the world, this status could only be conferred on airmen whose lives had been saved by a life jacket or dinghy. Gold signified the value of human life with the fish obviously referring to the water.

From its inception in 1942 the club fluorished as air crew in the unfortunate position of having to ditch over the sea discovered a silver, or rather, gold lining to their situation. Members were given a laminated card (designed to survive their next encounter with the water) and a silk badge. The original material for these was donated by readers of the London Daily Express who gave up their evening dress suits for the cause. Although uniform regulations meant that they couldn’t be openly worn, most airmen had them sewn under the flap of their left hand breast pocket. By the end of the war the Goldfish Club had almost ten thousand members and it remains active today https://tinyurl.com/y3qh4cbc

Another typically unusual find from charingcrossmarket.com – every Saturday in the heart of Central London. 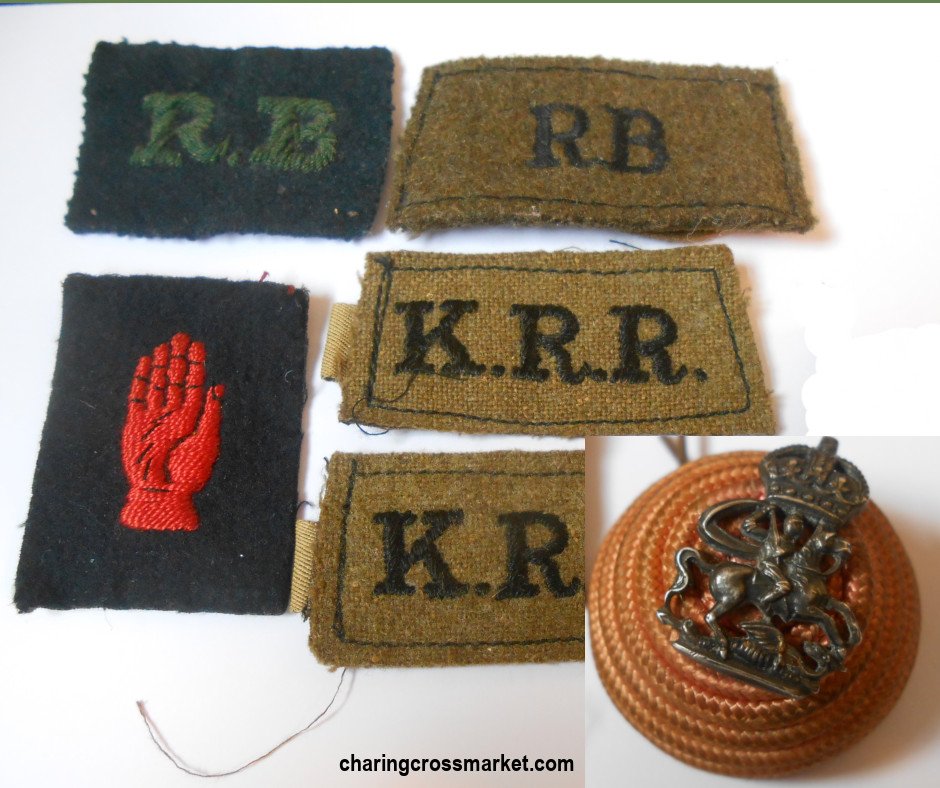 Originally formed after the French invasion scare of 1859, the Queen’s Westminster Rifles were an infantry regiment in the British Army for the next 101 years.  It served with distinction in both wars playing a part in both the Battle of the Somme and El Alamein.

Seen here are two RB (Rifle Brigade) patches, the dark green one being worn on the side of the tropical Sikh headgear, the pugri, while the khaki one was stitched on the shoulder. KRR denotes the King’s Royal Rifles while the red hand is from an ulster formation. The beautiful silver detailing of the George and dragon scene is taken from the front of a WWI officer’s cap.

Military patches and insignia have always had their devotees but this branch of militaria is becoming ever more popular.  Start your own collection or enhance an existing one this Saturday at Charing Cross Collectors Market. 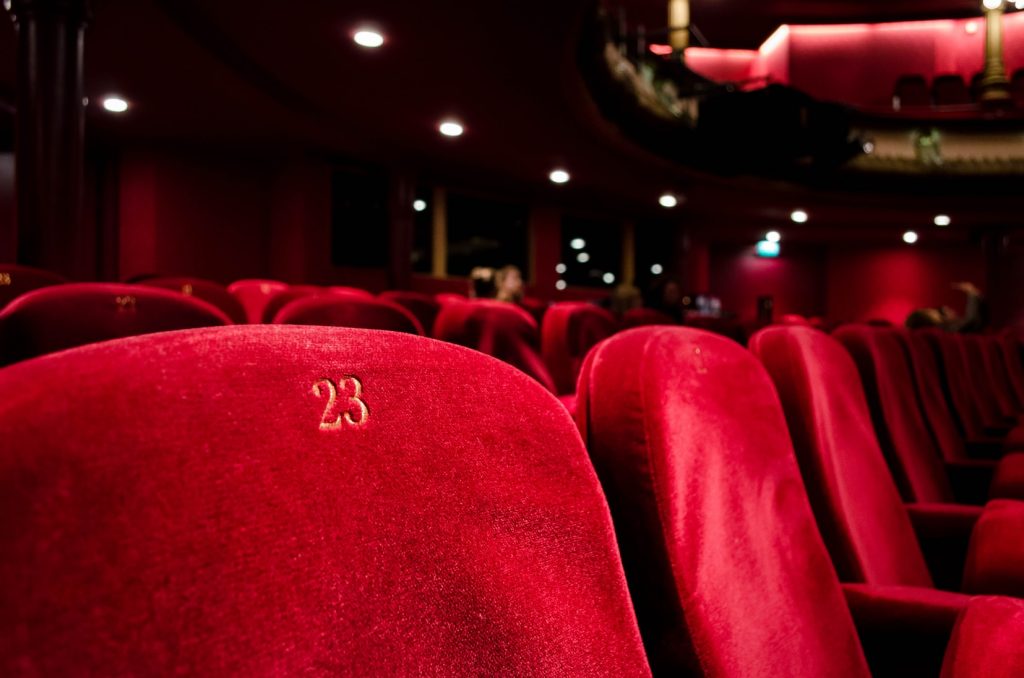 As the lights go up for the last time this weekend at London Film Festival why not drop into Charing Cross Collectors Market this Saturday and browse for a souvenir among the merch from yesteryear. Alongside the movie memorabilia is an eclectic mix of collectables including stamps, coins, militaria, ephemera and antiques. Occupying a site in Central London just opposite the Embankment Tube station, the market can trace its lineage all the way back to the 1690’s before some of our dealers were even born. So pop in, say hello and see just why the best treasure has always been kept underground….

It’s London Film Festival! And with the British Film Institute just across the bridge we’re ideally placed for anyone wanting a quick break between events. Stretch your legs and take the Thames air with a stroll across the Jubilee Bridge. Find us opposite the entrance to the Embankment Tube Station just near Starbucks. A fascinating array of movie memorabilia and ephemera will be on sale alongside our other collectibles. You’re sure to find something of interest whether it’s classic headshots of the glitterati from the classic era of the silver screen, promotional postcards for films of the sixties and seventies or posters for modern classics. We look forward to seeing you!