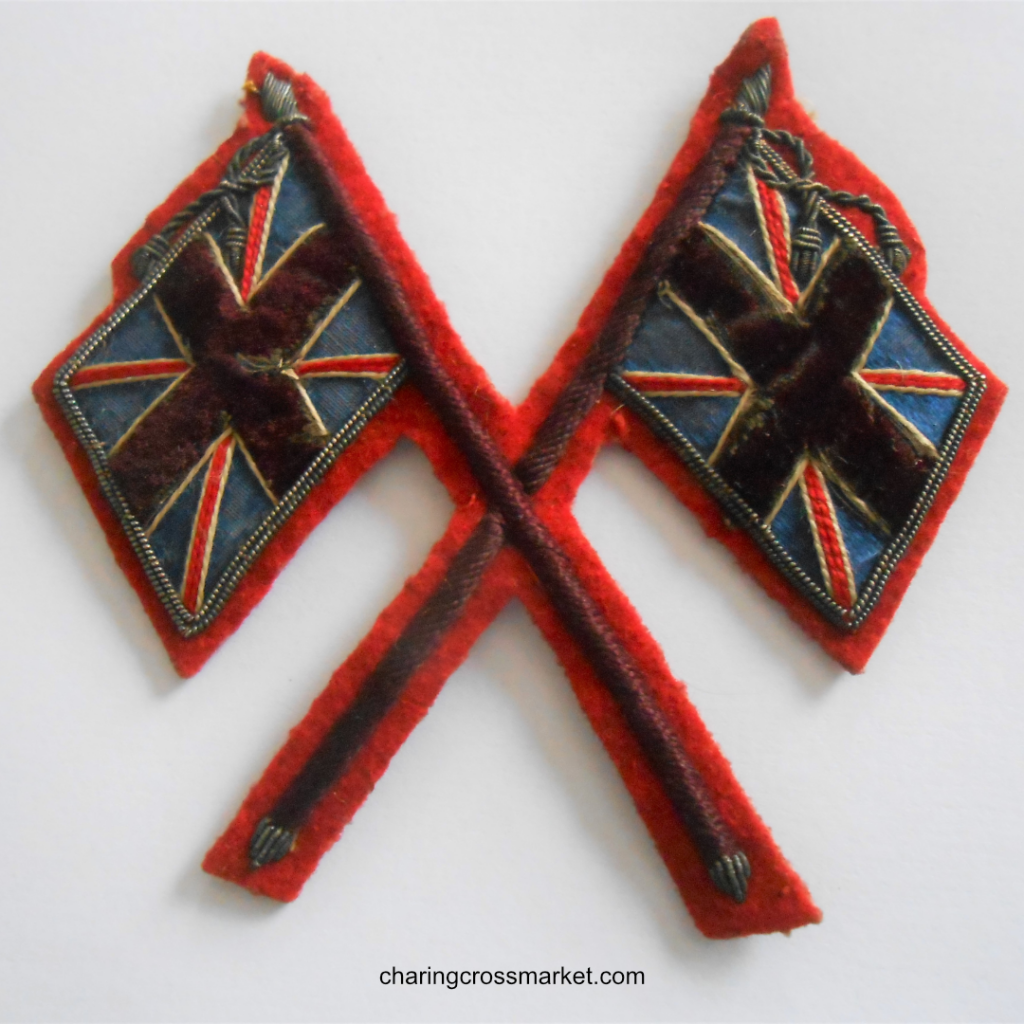 An original British Army recruitment sergeants patch from the early 1900’s, this would have been worn on the lower arm. The crossed union flags are nicely detailed with wire and silk. At the outbreak of war in August 1914, the regular army was 700,000 strong (today it stands at 117,000 including 30,000 reservists). The government appealed for 100,000 volunteers but by the end of September they had 750,000.

Young men had to be 18 to sign up and 19 to be sent overseas to fight. The stories of young lads lying about their age in case they missed out before it was “all over by Christmas” are true. It’s estimated that over 250,000 underage boys signed up. This was facilitated by recruiting sergeants who turned a blind eye to their obvious youth and adopted a more avuncular approach quite different from their approach on the parade ground! 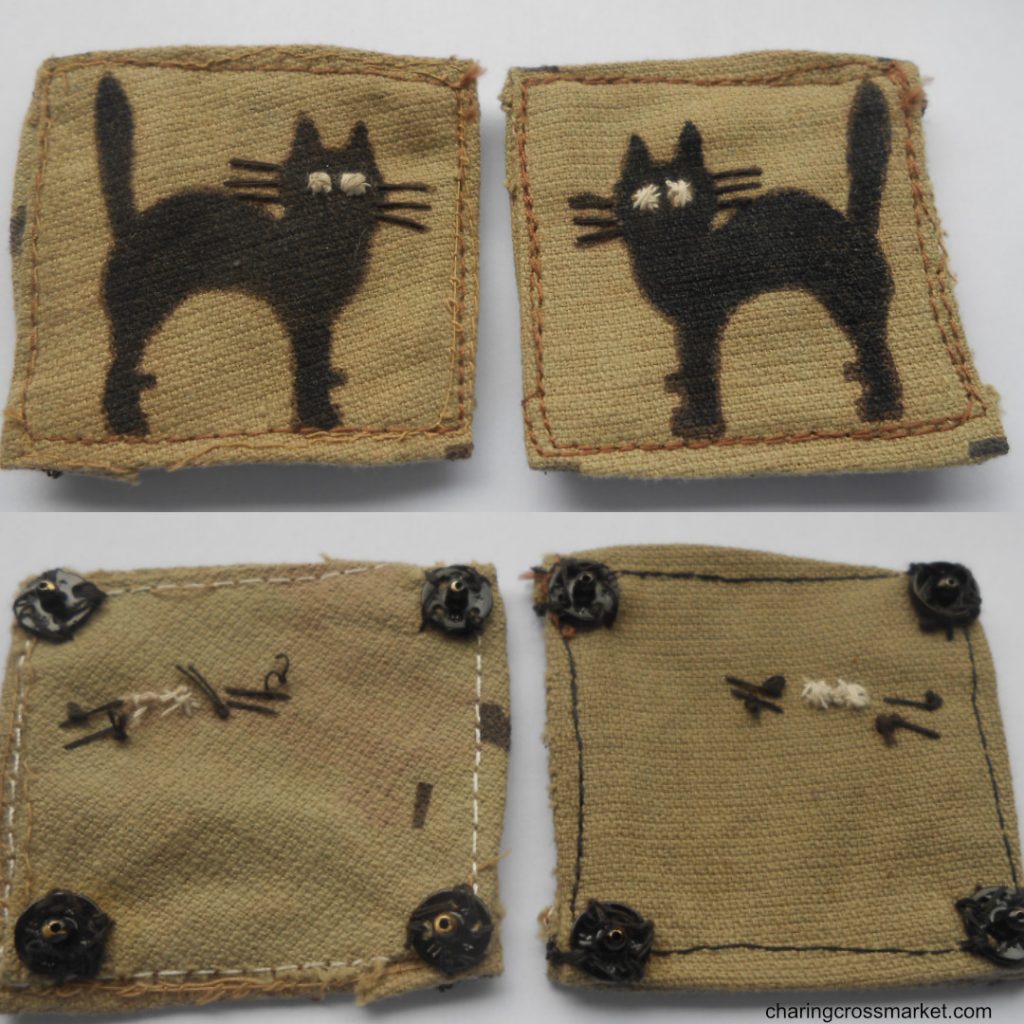 Originally formed in WWI but gaining fame in the Burma Campaign 1942-45 when it was continually in action, the 17th Indian Division also enjoyed the distinction of being known as the Black Cats. Their original formation sign had been a lightning bolt but changed to this design in mid-1942. The British Indian Army already numbered some 200,000 men at the outbreak of the war. By the end of the war it had grown to 2.5 million, still the largest volunteer army in history.

Unit formation sign patches are a very affordable way of becoming a militaria collector as they start at about £10. Most come in forward facing pairs but contemporary photographs show that soldiers sometimes wore mismatched pairs or a single one on a bush hat. Generally, it is best to focus on a particular theatre or campaign such as Normandy or the Far East. Interest in patches continues to grow and they often crop up on programmes like Antiques Roadshow.