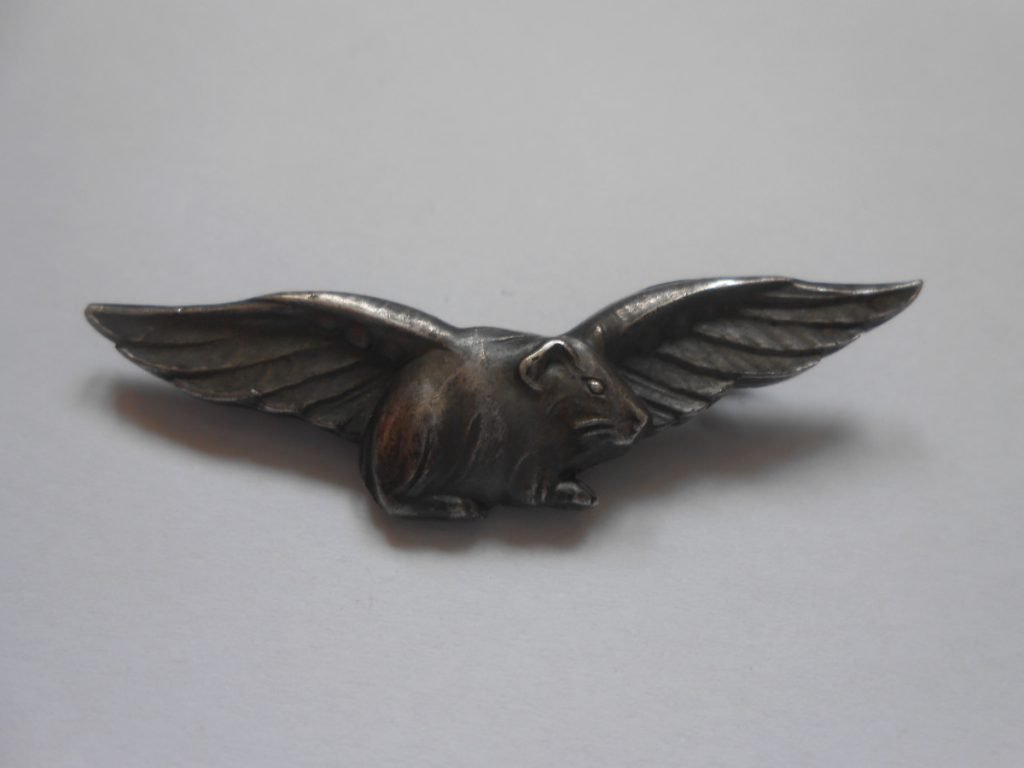 A quick follow up to our post a couple of weeks ago covering the celebrated Guinea Pig Club, set up in 1941 to support badly injured British and allied airmen who had undergone extensive reconstructive plastic surgery. Our photo showed one of the later chrome badges which, while still quite uncommon, can be bought for anywhere between 40 to 65 pounds.

Pictured today though is one of the highly sought after original (silver) badges. The Imperial War Museum has one. And so does one of our traders, Michael Burroughs. He has confirmed that it will be on sale this Saturday. This particular example was given by its original recipient, a WWII airman, to a recovering modern day pilot, badly injured in a Puma helicopter.

Another classic case of an item with a fascinating story to tell, one of thousands available this Saturday and every Saturday at Charing Cross Market, the Home of Collecting.