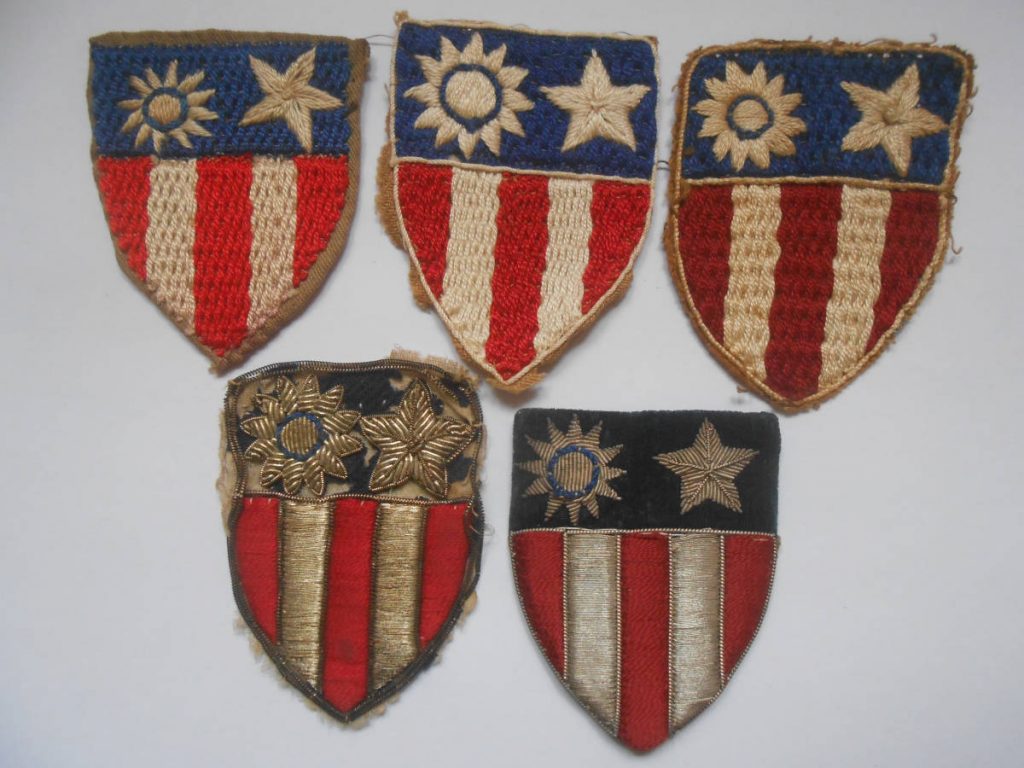 It was never an intended formation sign or unit patch but came about because of the need of the US Military Police to identify armed forces personnel. With all nations wearing khaki, this was nigh on impossible.

In August 1942, Brigadier Frank Dorn came up with a patch featuring the sun of China and the Star of India incorporated into US colours. He had a few samples made in India and wore the first one on his left shoulder at a high level staff meeting. He had the other samples sent as production guides to Indian manufactuers. Before long it was standard issue for all US personnel based in China, Burma and India.

Easily the most desirable patches are the theatre made hand-sewn examples of silk, velvet and bullion wire.

The wartime US made examples are more common and should have  a cut edge, flecked reverse and be quite floppy. Nor should they glow under UV [black box]  light. This shows a nylon presence which was not used during the war and would therefore denote a fake.

Additionally, it was not uncommon for pilots, including illustrious ‘Flying Tigers’, to paint the detail on their leather jacket or to have equivalent patches made up of pieces of leather.