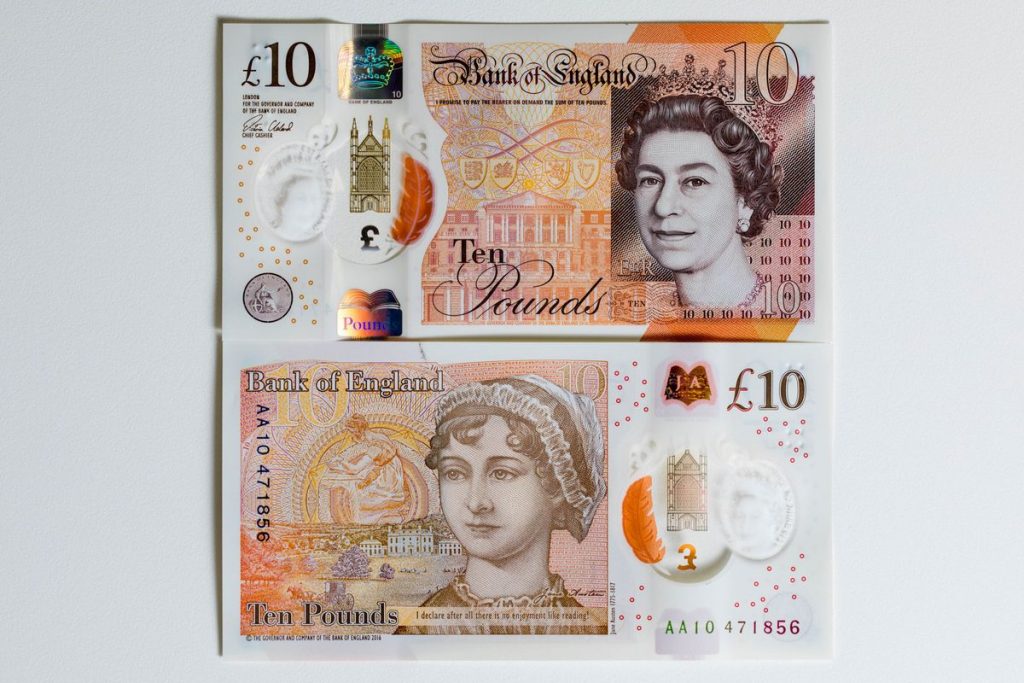 It would be a terrible omission to mention collecting banknotes (as we did on last week’s blog) without a follow up post one of the most collectable aspects of notaphily: serial numbers. Significant sums have changed hands for the rights to own notes which are considered to bear statistically significant numbers. Take the example of the (then new) £10 note issued in 2017 featuring Jane Austen. Because one eagle eyed opportunist spotted that the serial number began AH (a rare prefix) and contained 1775, the year of Austen’s birth. It sold on Ebay for £3,600.

Several online articles appeared in the wake of the sale, speculating that serial numbers containing the exact date of her birth or death might also fetch “thousands”. Readers were also advised to be on the lookout for notes featuring the prefixes JA01 and JA75 but reports of how much money could be made were certainly exaggerated and haven’t been borne out by events.

It’s generally accepted that sound advice is to watch out for the lowest serial number for any new note. There is a queue since convention dictates that number AA01 000001 is always given to the Queen and the next few are often distributed to the heir apparent and leading figures in the government. However, any number below 200 could fetch good money at auction so it’s almost worth seeing every banknote as a potential lottery ticket. Good luck!