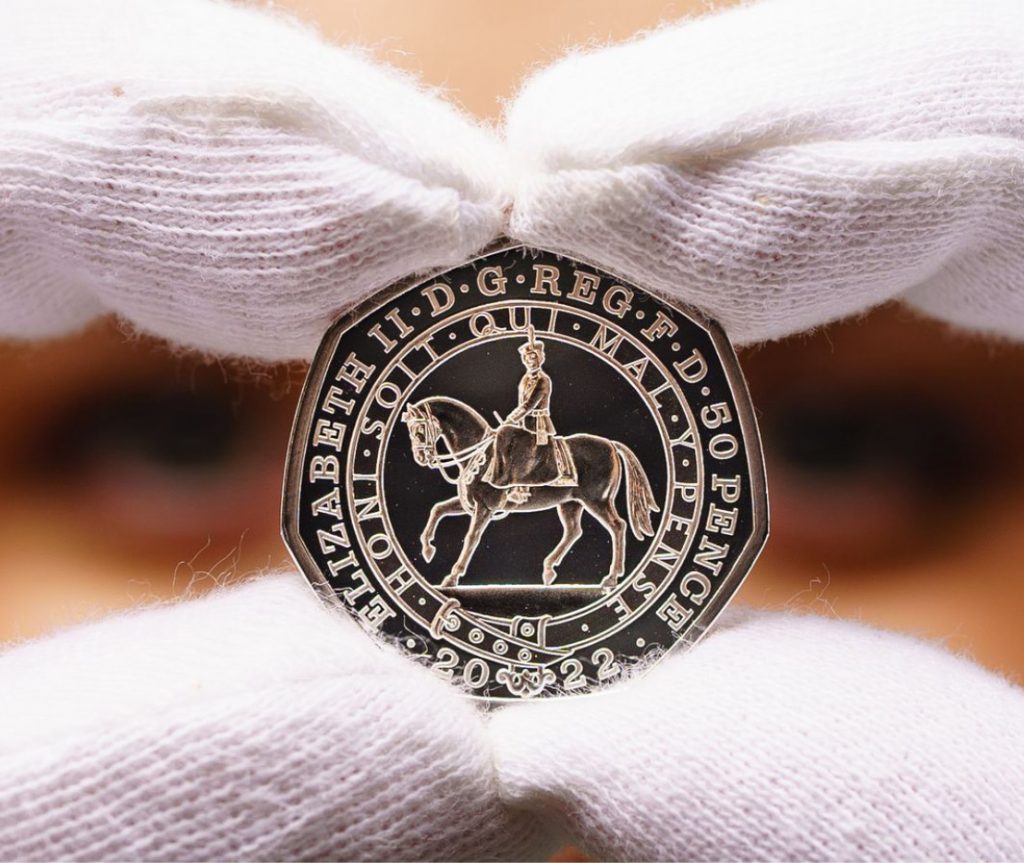 It was six years ago that Her Majesty became the longest serving British monarch, overtaking her illustrious great-great grandmother Victoria. Of course, since then she has been gloriously breaking her own personal best on a daily basis.

She will celebrate her next regal landmark in a month’s time. Although she wouldn’t be crowned until 2 June 1953, she became the British Head of State de facto on the death of her father, George VI. On 6 February this year, she will therefore have been our queen for a full seventy years.

At a time when any number of commercial brands are trumpeting about their own anniversaries (World Nutella Day anyone?), it is reassuring to know that we can still rely on the Royal Mint to focus on matters of substance.

And so we have this series of really stunning new coins to mark her Platinum Jubilee year. Available through the Royal Mint’s own website, they include what is, perhaps surprisingly, the first fifty pence coin celebrating a royal event. This year’s annual set also includes fitting tributes to Dame Vera Lynn, Alexander Graham Bell and this year’s Commonwealth Games in Birmingham.