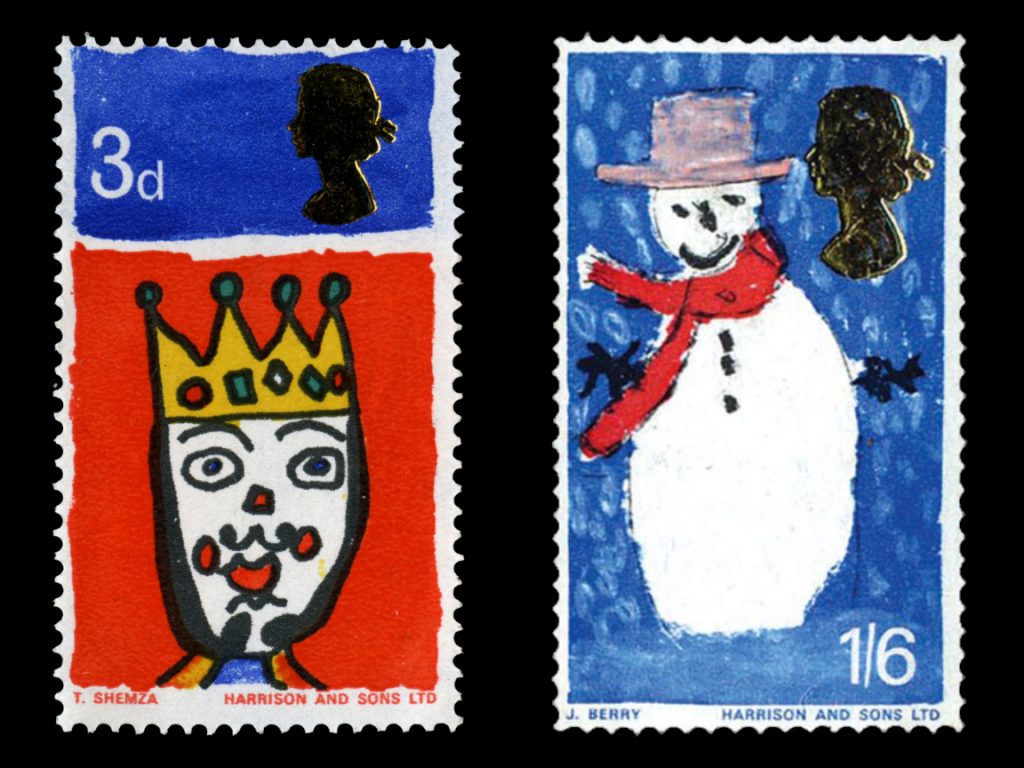 Although there is every justification to regard the first British Christmas stamp as the ‘Letter Stamp’ issued to British forces stationed in Egypt in 1935, the first issue of what became an annual tradition owes its birth to Tony Benn. In 1966 Benn was Postmaster General and he included a set for Christmas as one of the special issues allowed by convention.

The Post Office decided that the design would best be sourced through an open competition for schoolchildren. On 1 December of that year Tasveer Shemza’s King of the Orient and James Berry’s Snowman were officially issued as Christmas stamps. Never very collectible because of the huge numbers which are printed, they remain a key part of the postal service’s revenue because of the numbers of Christmas cards which are still sent.