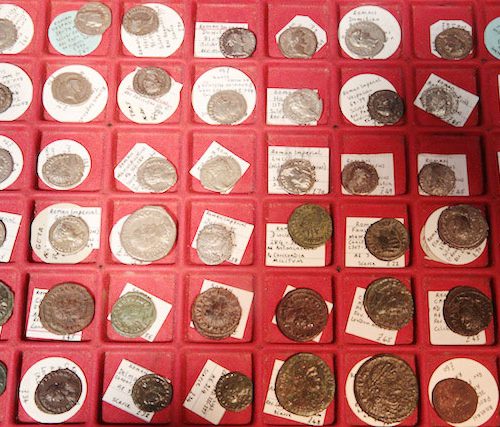 David’s association with Charing Cross Market extends back to 1982 when he worked part-time with his brother at the market’s adjoining Collectors’ Centre which no longer exists. His association with the market took him to London Bridge, where it temporarily relocated in 1988 due to extensive building work and eventually returned to the present venue in April 1991.

David has bought and sold regularly, specialising in coins, currency and commemorative medals. His prices range from 30p upwards and today he can sell you an Oliver Cromwell Shilling for £1,300!

Some of our traders