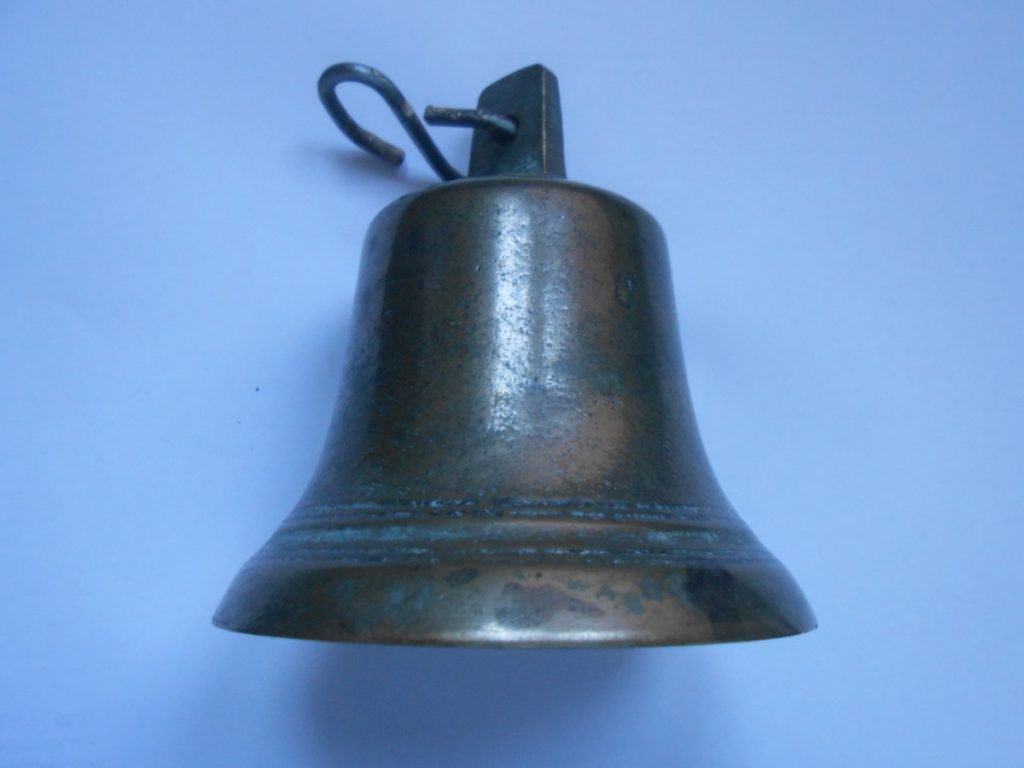 What on first glance appears to be an ordinary brass bell of the sort which might be found above an old fashioned grocers door is actually a campaign souvenir given to some of the Royal Welsh Fusiliers fortunate enough to return home from the Third Burma War in 1885. While the regiment lost some of its men in battle, many more died from disease.

The choice of a bell came about because during the campaign, the First Battalion had brought three large bronze bells back to Britain: two from the Buddhist temple known as the Incomparable Pagoda in Mandalay and one found in India. One of the Temple bells ended up in Wrexham on a brick pillar outside Woolworths before finding a more decorous home in the Burma Garden of Bodhyfryd Memorial Hall.

Of course, the detail which identifies this as one of the souvenir bells in question and authenticating its age of 136 years is the RWf stamp on the inside. This particular one retains its lead clapper but the traces of glue on the inside of the bell show that it was at some point set to ‘silent’! And if you’d like to see it close up, Michael Burroughs of Anything Military has confirmed that the bell will be on display and on sale this Saturday at the market.