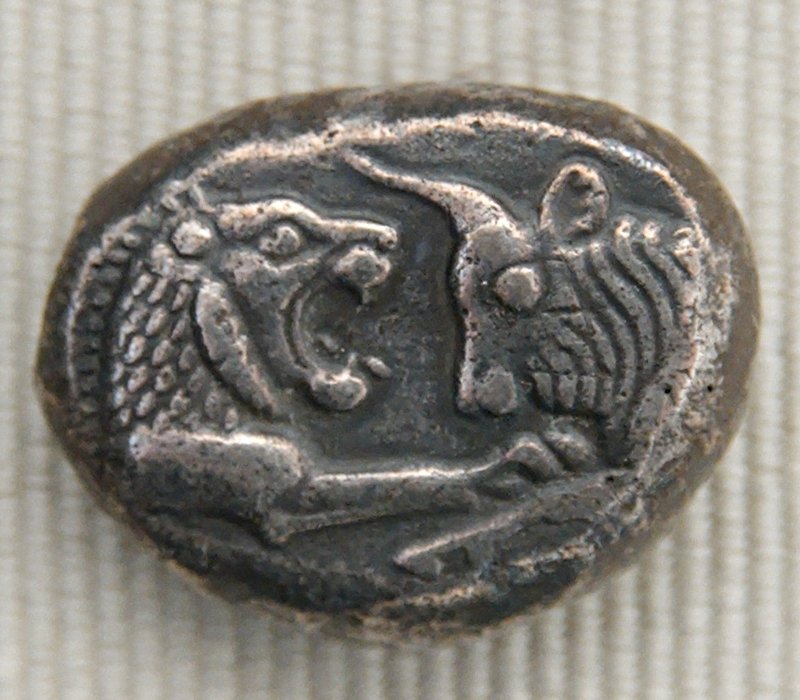 The introduction of new coins or banknotes usually excites a lot of public and media interest but have you ever wondered about the first coin produced? While we know that various early people were bartering for things they prized at least 40,000 years ago, currency as a representation of inherent value is more difficult to pin down. We do know that some natural objects were used in this way, like mother of pearl shells in the Americas or cowry shells (pictured) in many parts of Africa and Southern Asia. In 1892, in Tanzania, an egg cost between 3 and 5 cowry shells while two balls of soap cost 100.

Yet the first named currency is the Mesopotamian shekel which dates from about 5,000 years ago. Yet we do not have any physical examples until the shekel was first minted in the seventh century BCE. As it stands, the earliest example we have is the Lydian Lion (on display in the British Museum right here in London). Made of electrum, an alloy of gold and silver, it is stamped on one side only and believed to have been worth about one month’s pay.