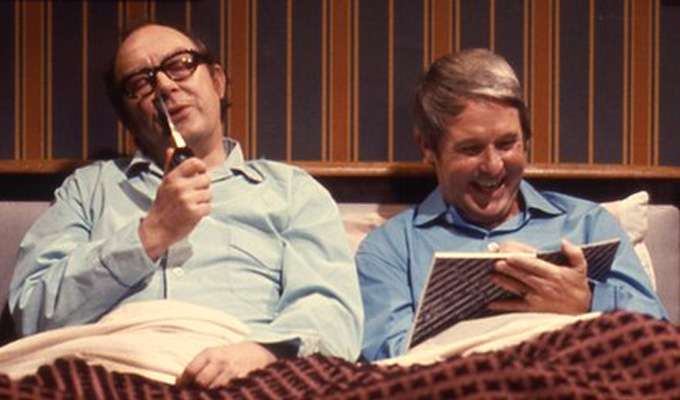 We’ve mentioned tegestology (or the collecting of beermats) on this blog before but we failed to mention their connection to one of Britain’s best loved comedy duos of all time.

The official Beermat Collectors Society was founded by Chris Walsh in 1960. How and why Eric Morecambe and Ernie Wise were recruited as the Society’s first Presidents is unclear. But what we do know is that theirs was far from an honorary distinction. They may have been involved initially as a bit of a joke but theirs became a genuine interest and they amassed a fairly sizeable collection themselves. This interest was immortalised in a Pathe newsclip of the time and you can find out much more about this fascinating hobby at the British Beermat Collectors Society website.