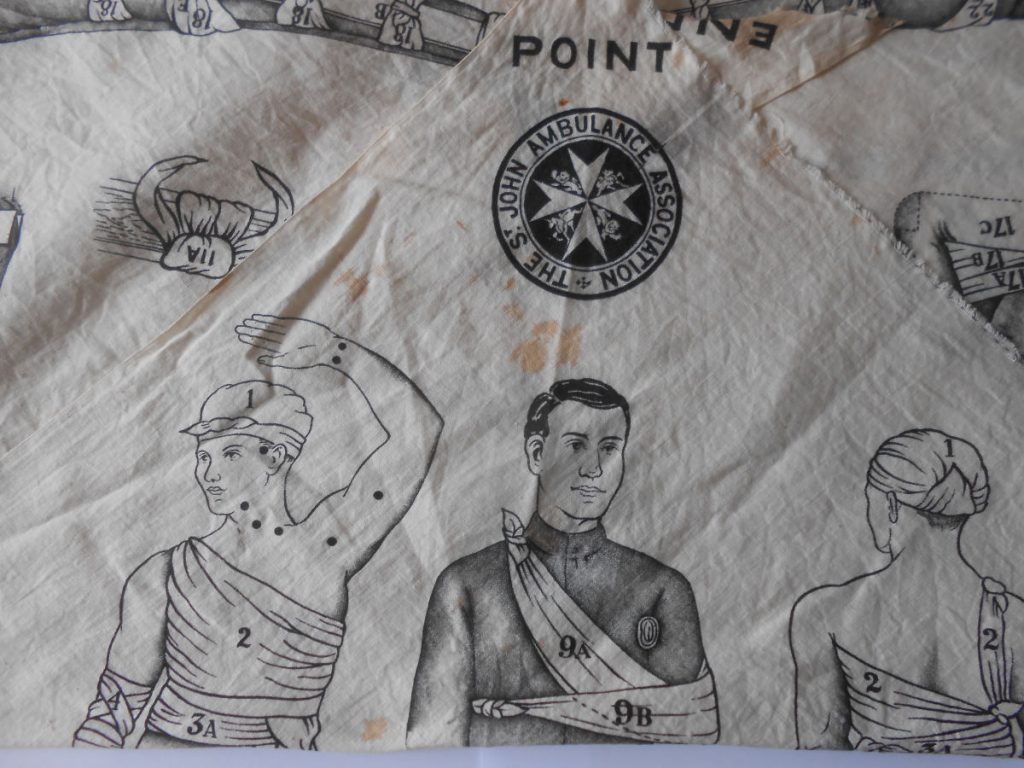 Back in April we posted details of a multi-purpose sling/bandage/tourniquet produced by the St John’s Ambulance Association in the early 1900’s. This is a slightly later version dating from the First World War. While it may at first glance seem identical, there is one key difference: our mustachioed Edwardian gent is now clean shaven.

This was a sad consequence of what one historian described as a definition of progress: with each new war they find a new way of killing you. Poison gas had proved to be one such invention. As gas masks were developed to counter this weapon, the need for an airtight seal was paramount for them to work. So the British Army – which had actually made moustaches compulsory for the previous 56 years – at last dropped the regulation in 1916.