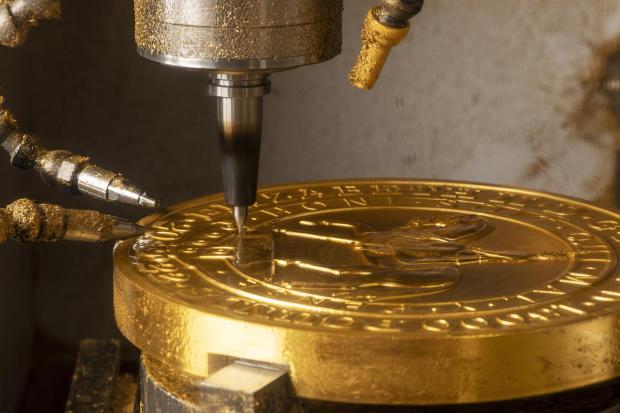 The Royal Mint has been commissioned by a private collector to make a unique coin commemorating Her Majesty the Queen’s Platinum Jubilee. It is the largest coin produced by the Royal Mint in its 1,100 year history. But with a weight of 15 kilos and a face value of £15,000, it’s unlikely you’ll see it in your change at the newsagents.

It took 400 hours to make and it’s very hard to put a figure on its real value because there is simply nothing else like it. The front depicts the royal insignia surrounded by symbols of the four home nations while the reverse shows the queen on horseback.