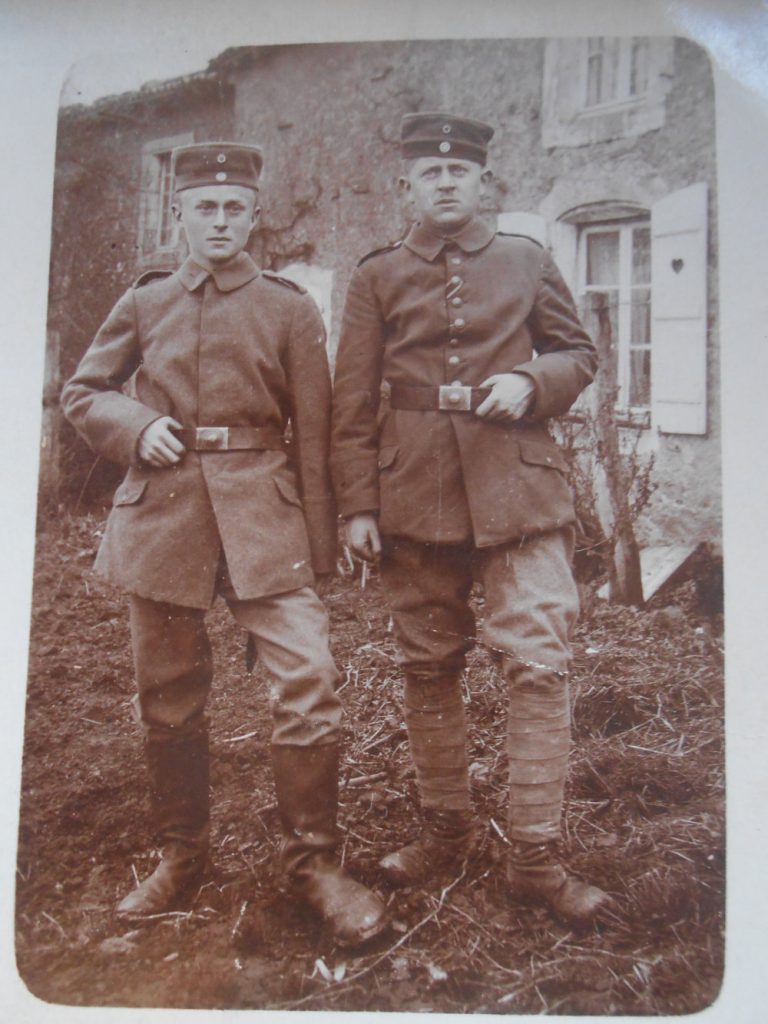 These two German soldiers, photographed here in the Aisne departement of France in April 1918, may not actually be related. However, like the photograph featured last week, it was common practice to immortalise the moment when family members became part of the same unit.

The older of the two, on the right, is certainly more experienced and we can see the ribbon from an iron cross second class in his button hole. His tunic seems to be a bit too big for him and may well have something to do with the limited food rations which the Germans experienced in the latter half of the war. Both men are seen clasping their belts which sport the ‘Gott Mit Uns’ (God With Us) motto on their buckle.

The younger soldier looks like he is a more recent arrival at the front. His almost comically oversized boots also hint at the supply problems which bedevilled the army by 1918. His cap features roundels of national and state colours is completely unshaped by wear and the fact that he isn’t wearing gaiters suggests that he has not had the dubious pleasure of actually serving in the trenches yet. It’s also noteworthy that his tunic has fewer buttons since metal was in terribly short supply by this point.

What both do have in common is the bayonet hanging from their belts. These were normally pushed away from the side to the back of the hip to stop them knocking into things so we can see that the new recruit has at least picked up one trick from the veterans.