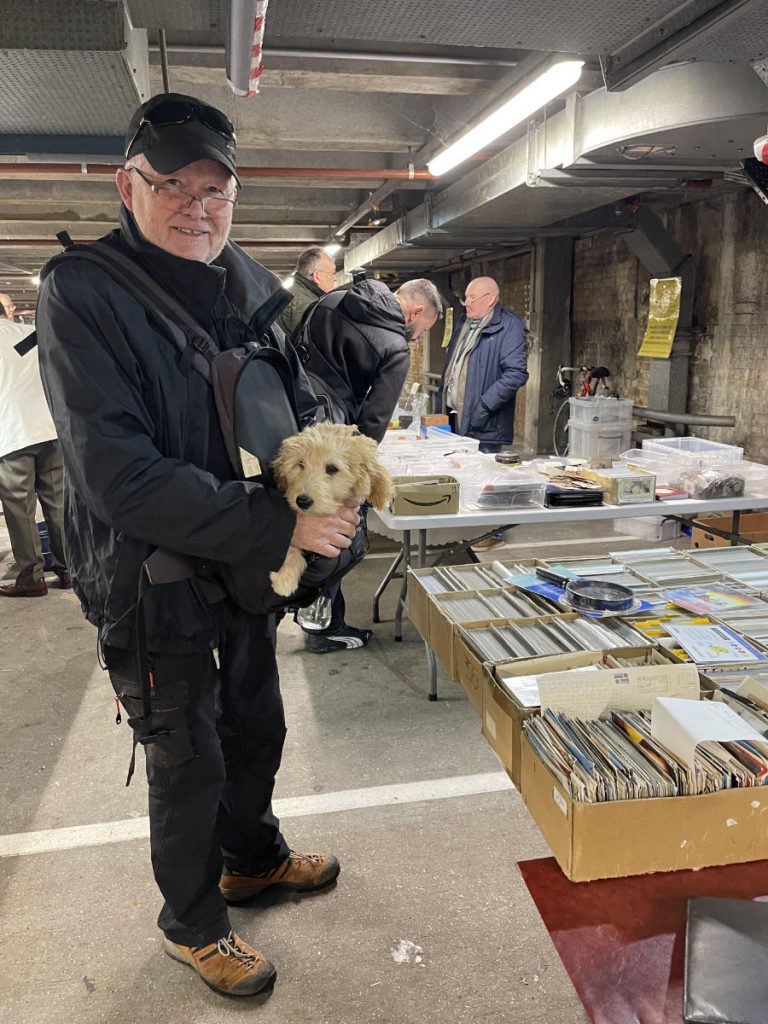 Not one but two famous names at the market recently.

Meet Jenson Button, a 14 week old Cockapoo who visited the market recently along with his owner, Russell Grant. Although neither of them has won the 2009 World Formula One Championship or appeared on Strictly, what we do know is that one of them was here because of his interest in collecting Boy Scout memorobilia. Russell is probably more of stamp buff.

The market has always been proud to welcome enthusiasts of all kinds, even if they have double the number of legs we might usually expect. Indeed, possibly the most prestigious position in London – after the PM – is that of Market Dog. That role is currently filled by Dougal but his predecessors (Bart, Headley, Charlie and Matty) were equally adept at wandering round looking for biscuits and a scratch behind the ears.