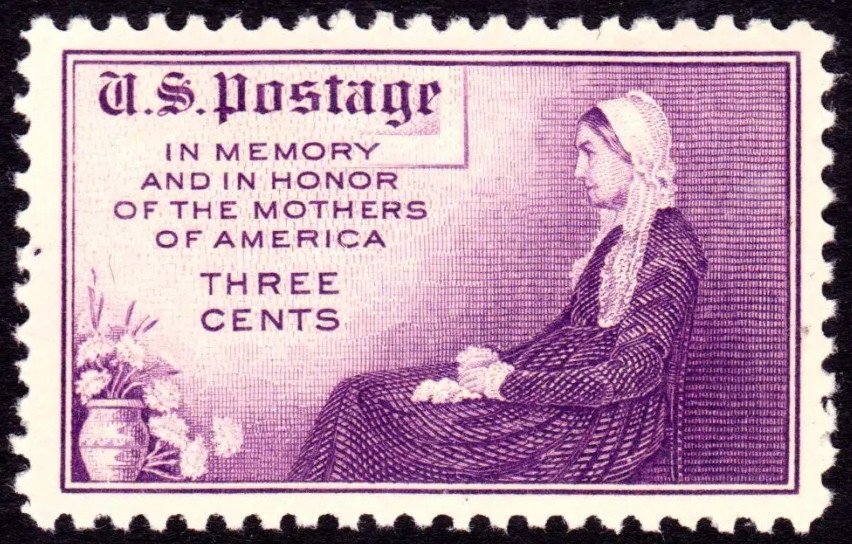 Artistic licence is normally understood to be the painter’s prerogative but not where the US Postal Service is concerned. Whistler’s iconic painting from 1871 is a study in maternal patience. He was characteristically coy about the painting to friends saying ““One does like to make one’s mummy just as nice as possible.” Regardless, it has attained a sacred place in the American artistic pantheon, in part because of Roosevelt’s enthusiasm for what he took as its sentimentalism.

However, in 1934 the USPS saw their opportunity to use it as a way of celebrating Mother’s Day, another American creation. Reproducing the whole painting would have meant the matriarch was too small so the stamp version crops a lot of detail from the top and left side. At the same time, her pensive gaze which in the original invited us to imagine what she was thinking now fall on a vase of flowers.