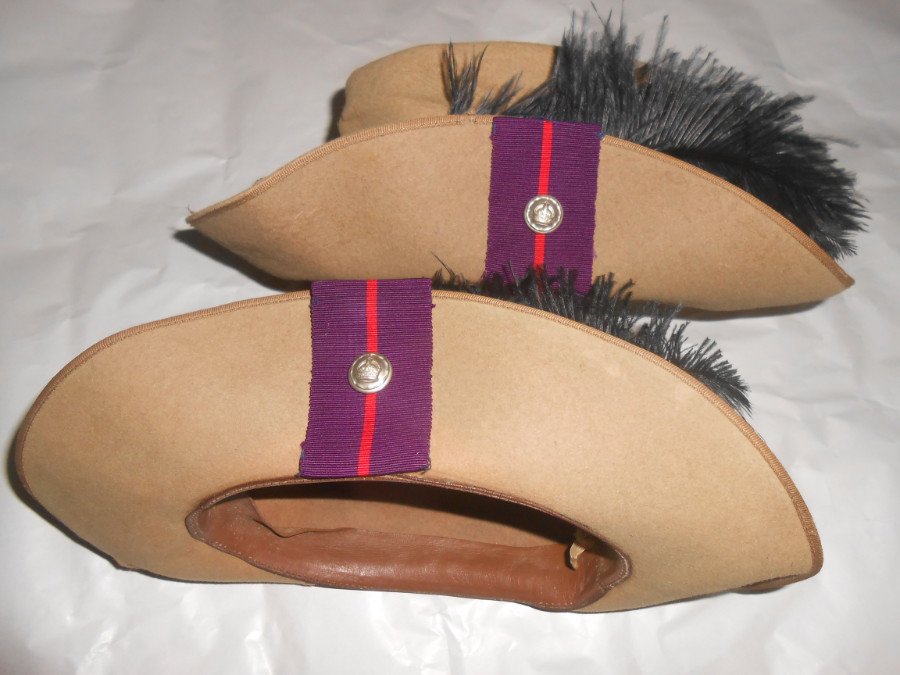 What’s twice as rare as an imperial yeomanry Stetson from the Boer War, I hear you ask? Why, two of them of course.

Photos of this marvellously preserved pair of hats were sent to us by Michael Burroughs of Anything Military and he has confirmed that they will be on sale at the Market this Saturday. Both sport the correct three inch red lined purple silk pugari with the king’s crown button and black ostrich feather. Inside the leather band is marked “3X Beaver Quality STETSON. John B. Stetson Company, USA, Made In Australia”.

The classic Stetson ‘open road’ style was developed as a refinement to the original ‘Boss of the Plains’ hat which had a broader brim and rounded dome – see image below. The creased crown and narrower brim of the open road would become classic cowboy headgear and the company boasted that the tight weave allowed it to hold water – hence the advertisements showing a cowboy using his Stetson to give his horse a drink. The ‘ten gallon’ moniker is misleading though. While it may be a corruption of the spanish term tan galán, (tr. “really handsome”), in reality a typical Stetson would hold about three litres (or six pints).