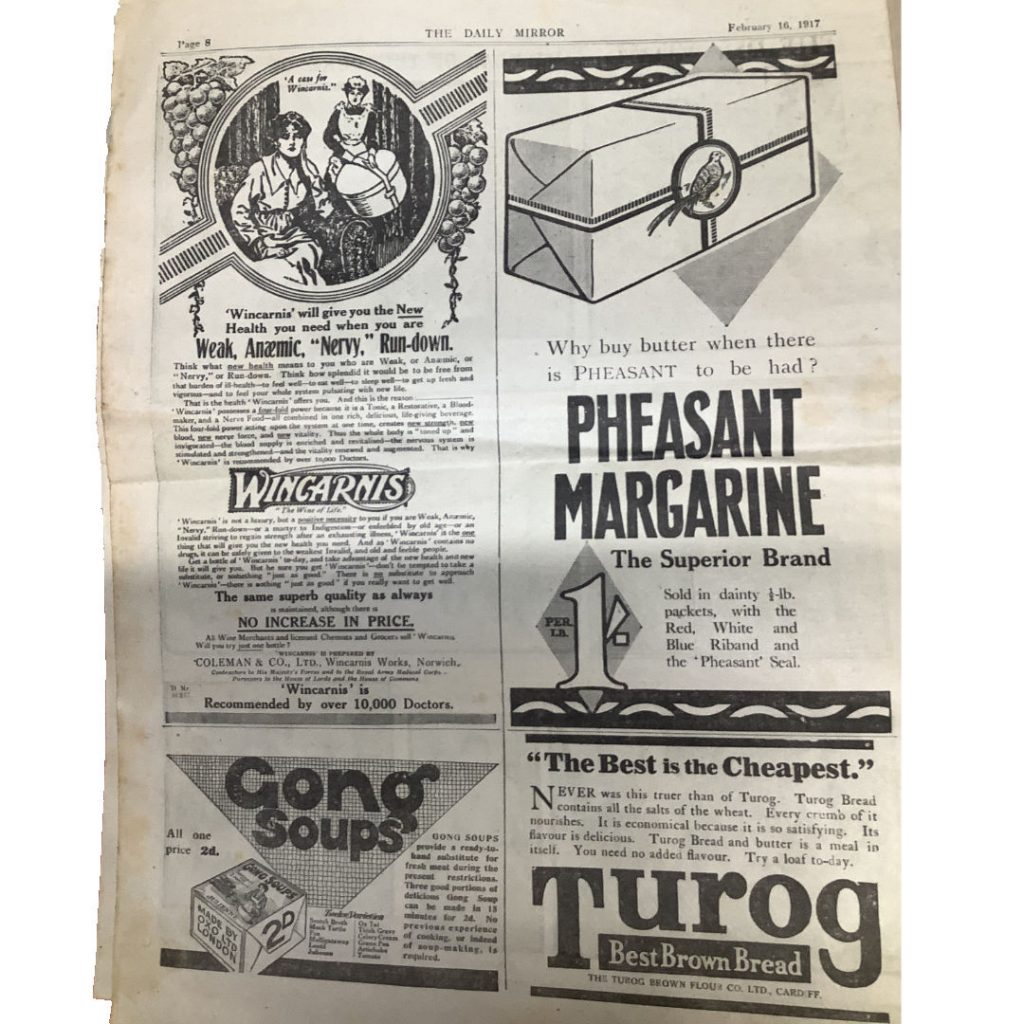 Ah, Pheasant Margarine! Had we but been alive in 1917, who amongst us could have resisted the shilling a pound delights of its “dainty” packets bearing the red white and blue riband of the ‘Pheasant’ seal? Why buy butter when there is Pheasant to be had? Originally developed in 1869, the first plant-based spread was created by Hippolyte Mège-Mouriès for Napoleon III due to butter shortages. Pheasant margarine later went on to merge with the Lever Brothers to become Unilever.

Or how about Wingarnis health tonic, ‘The Wine of Life’? How could its “four-fold power as a Tonic, a Restorative, a Blood-maker and a Nerve Food” fail to invigorate you in every fibre of your being? Prepared by another household name, Colemans of Norwich, Wingarnis is especially formulated for the weak, the nervy, the anaemic or the run-down. The fact that this cure-all is “recommended by over 10,000 doctors” reminds us that it the Advertising Standards Agency would not be established for another 45 years….