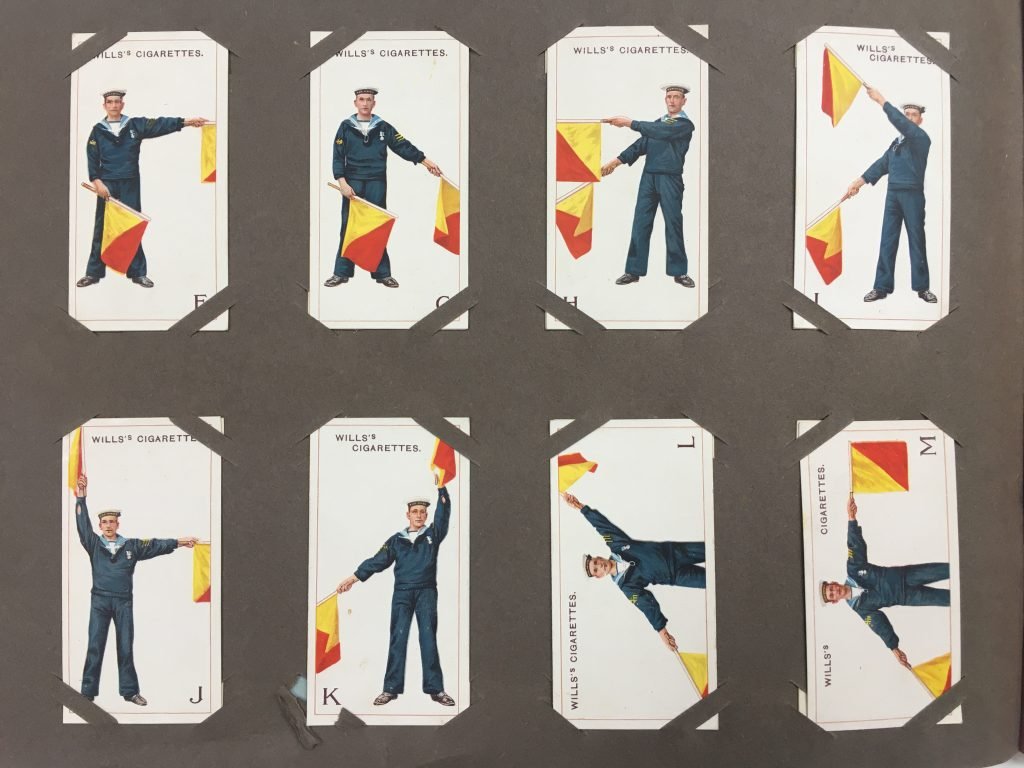 Although card collecting could mean a passion for baseball, football, Pokémon or even Magic: The Gathering cards, for a significant period of time, it really meant the cards from cigarette packets. What began in the United States in 1875 (featuring boxers, actresses or Indian chiefs) was soon copied in the UK. The cards’ original purpose was to stiffen the packet and provide some measure of protection to the cigarettes inside but manufacturers soon saw them as a valuable piece of, firstly, advertising real estate and, later, a way to add novelty to their product. As such, the earliest examples are mainly advertisements but it was the advent of John Player’s ‘Castles and Abbeys’ series in 1893 that showed just how collectable they could be.

In 1895, Wills produced their first set ‘Ships and Sailors’, followed by ‘Cricketers’ in 1896. In 1906, Ogden’s produced a set of association football cards depicting footballers in their club colours, in one of the first full-colour sets. As ever, when it comes to an individual card’s value, the primary factor is its condition. Any card which has been stuck down or mounted will be worth a fraction of what it would have been in mint condition. A leading player in this still very vibrant market is the London Cigarette Card Company. A quick browse through their listings give an idea of just how valuable these cards can be with many priced into the hundreds of pounds.

And while you would be right in thinking that it was legislation that put an end to the practice of adding collectables to an already addictive product, you’d probably be mistaken on the reason. It was Britain’s wartime government in 1940 which banned cigarette cards because there were severe shortages of board and paper. Post-war rationing and the high price of raw materials meant they never returned although there are still occasional runs in the US. And it is to the US that we must look for the world record price for a single card: some way north of three million dollars.