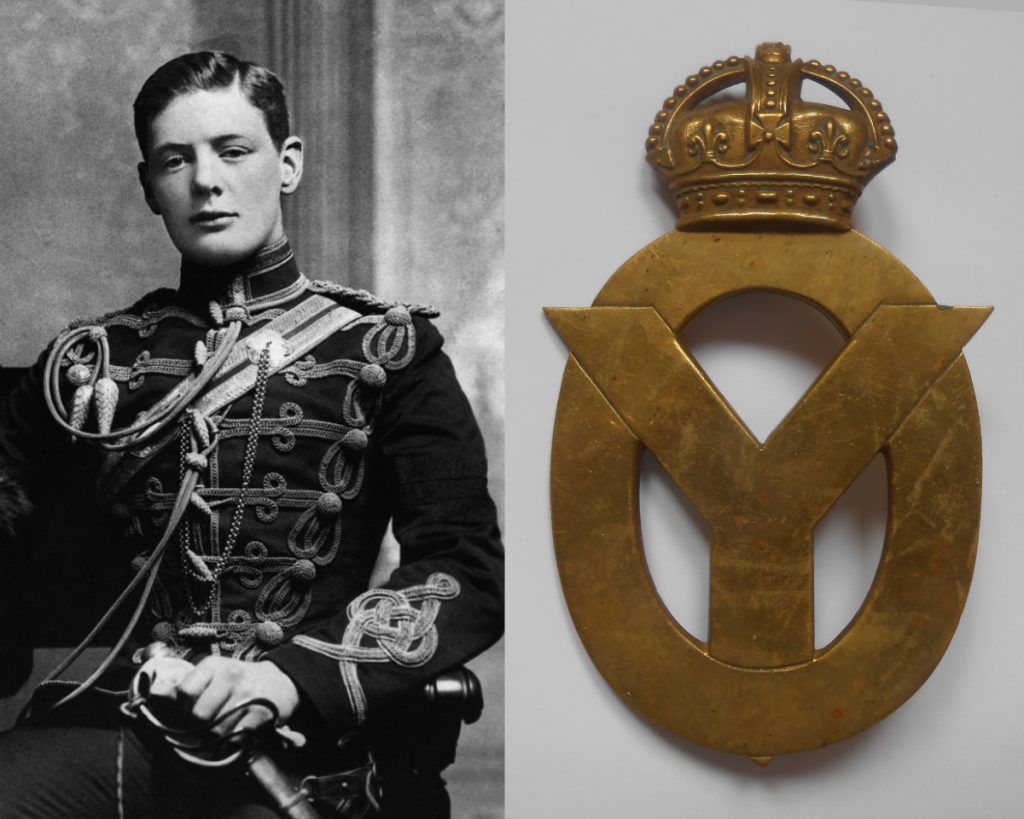 Originally formed as far back as 1794, the Oxfordshire Yeomanry (later the Queens Own Oxfordshire Hussars) have a particularly distinguished history and enjoy the distinction of having Winston Churchill as an officer from 1902 to shortly before the outbreak of the Great War. The future PM retained a special fondness for his old regiment and made sure they were the first territorial unit to see action in 1914. Later after D-day, they were again the first territorials sent to France on the personal instructions from the Prime Minister. In the plans for Churchill’s funeral (codenamend ‘Operation Hope Not’) members of the Oxfordshire Yeomanry were given the unprecedented distinction of having prominent position immediately ahead of his coffin at the state funeral, in preference to many senior and more prestigious regiments.

The badge seen here is large (6.8 x 11cm) so it is most likely from a vehicle or gun carriage. This may well be from one of the Regiment’s anti-tank units during the Second World War. Two were stationed at Banbury (551st and 552nd)and two others at Oxford (249th and 250th). The 249th Battery served in NW Europe and were the first British unit to arrive in Belsen on 15 April 1945. The 251st saw action at Singapore where, after being left with no option but to surrender to the Japanese, they were force marched 400 miles to brutal POW camps and years of forced labour.