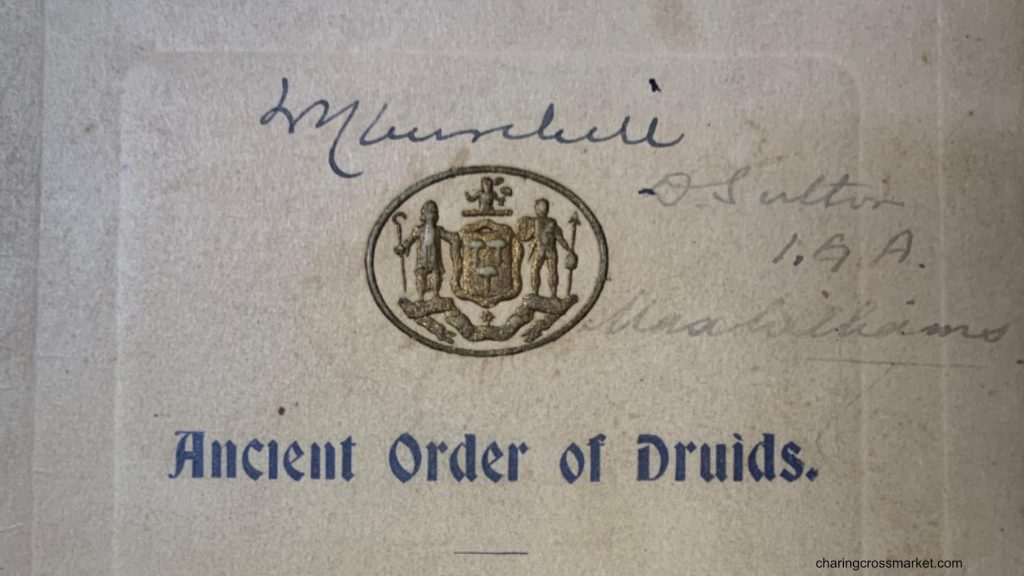 Although modern autograph hunters are becoming a rare breed nowadays (the preferred method of recording a meeting with a celebrity being the ubiquitous ‘selfie’), the market for authentic signatures of those who are no longer with us remains strong. A uniquely personal record of our passage through the world, authenticating letters, contracts, marriages and treaties, our signature has always been considered important. Arguably, this is even more true today in an age where our identity has largely been digitised. Many younger people today have never, and will never, write a cheque for example.

And autographs don’t get much bigger than this. We know that Churchill, like his father before him, was a freemason and also dabbled in several other esoteric organisations, one of which was the Ancient Order of Druids. A photograph of 1908 shows him at one of their meetings quite prominently. However, this festival programme of 1920 describes him as the Order’s Chairman suggesting that he retained his interest in the Druids rather longer than had previously been thought. Either way, we think the signature of perhaps our Greatest Briton certainly epitomises the phrase, a ‘collector’s item’.