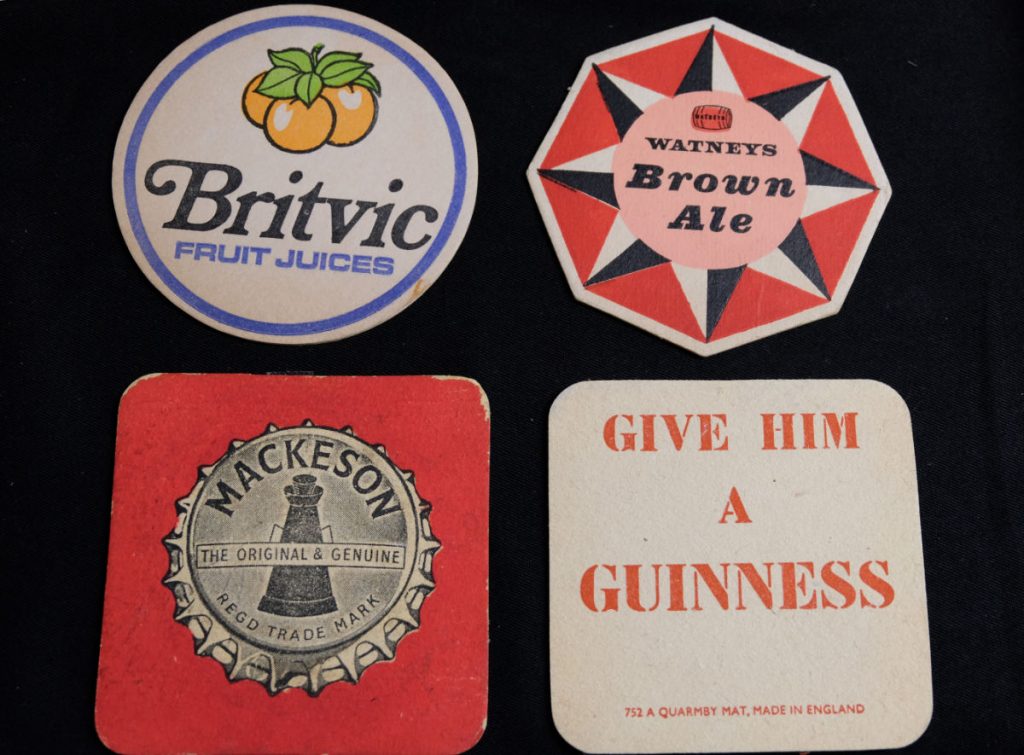 Collecting is a broad church. While most people immediately think of traditional fields like stamps and coins, there are many other areas of cultural history which hold their own unique fascination. One such is a sub-branch of ephemera with the grand title of tegestology. Even if you knew that ‘teges’ is Latin for ‘mat’ or ‘covering’, you’d be hard pressed to work out that this was the name for collecting beer mats.

Although we now only see their purpose as a decorative way of keeping tables clean, their original purpose (in eighteenth century Germany) was for placing over the tankard to prevent insects or debris falling in. Cheap printing methods soon allowed their value as a marketing tool to open up a whole new world of colour and creativity as brewers fashioned increasingly impressive ways of influencing people’s drinking habits.

As a general rule, older mats tend to be more valuable than those mass produced by the brewing giants of the last fifty years but condition and the size of the print run also play a part. The rise of micro-breweries in recent years also means that there is now a huge variety of mats in existence and this is one of the most accessible fields of collecting around. At Charing Cross Market the man to see is ephemera specialist, John Barrett, who usually has some older mats available to start you off.

The world’s biggest collector has amassed over 152,000 so you may have some way to go before being considered a leading tegestologist but the fieldwork is sure to be enjoyable.