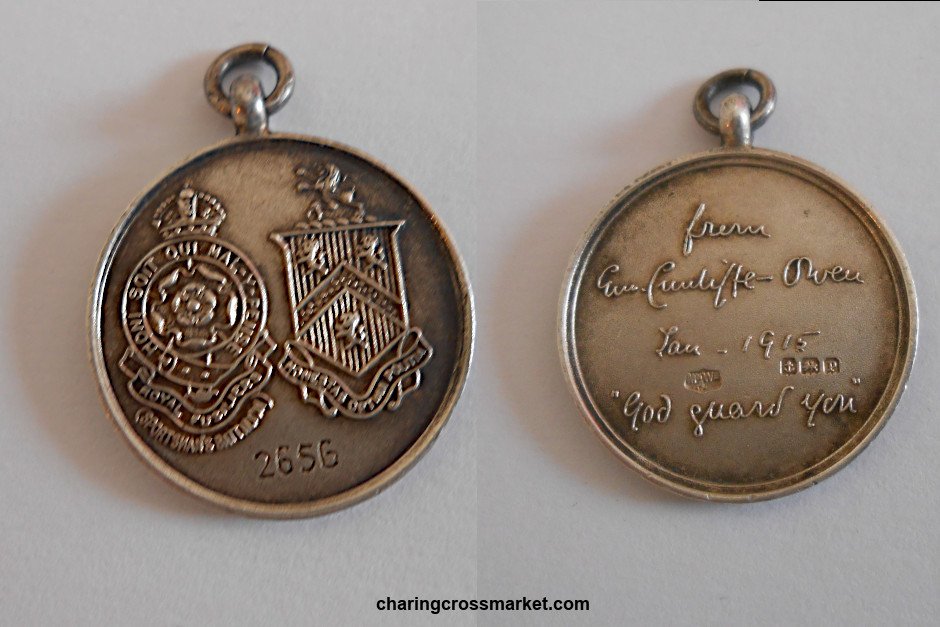 Although they obviously don’t attract as much interest as official medals awarded by the sovereign, ‘tribute’ medals like this one are nevertheless an important part of the historical record. The earliest ones were struck after some of Britain’s nineteenth century wars but they were issued in great numbers following World War I. Many towns and even villages had a committee which raised funds to send Christmas gifts and treats to soldiers in the trenches. When the war ended the leftover money was often used to buy a permanent mark of gratitude for returning soldiers – and even the widows of those who didn’t. There was no standard design for these so the range is very wide but the town crest will usually give a location at least. Unfortunately, many bear nothing which could indicate who the recipient was.

However, the tribute medal shown here is rather different. In the first instance, it was paid for by a private individual, Mrs Cunliffe-Owen. In 1914 she had been instrumental in raising the 24th (Service) and 2nd (Sportsman’s) Battalions in London. They trained in Romford, Essex. Her signature is on the back of the medal (dated 1915) and the man’s service number (2656) allows us to trace his war record. Private George Joseph Burge of Portsmouth of the 24th Battalion Royal Fusiliers was later awarded the Military Medal for bravery in 1918 before being killed in action just a month before the armistice.