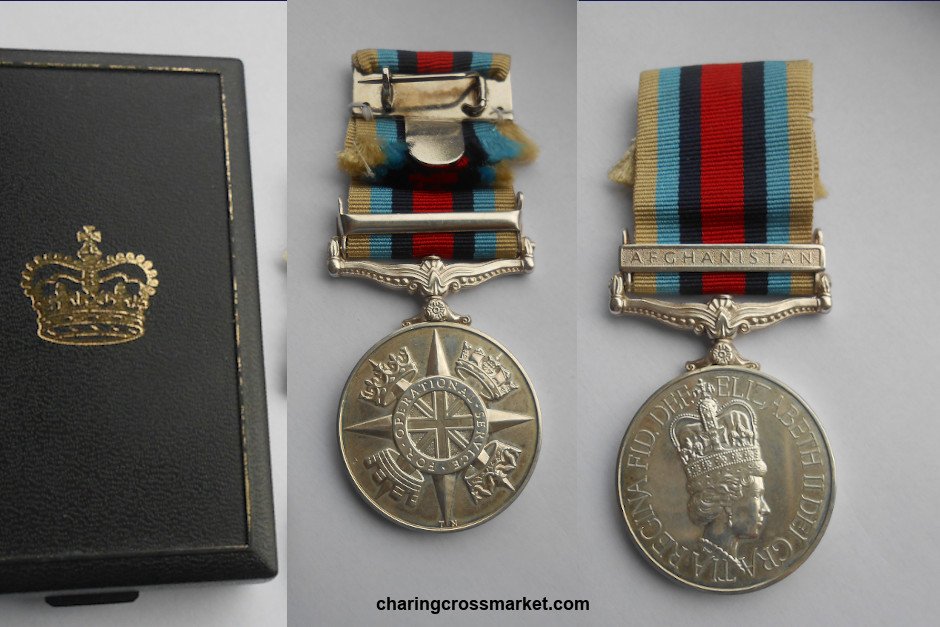 Continuing our series on the different types of UK medals, this week we have a campaign medal. These denote participation in specific military operations since the early 19th century but this particular example is for action in Afghanistan since 2001. Its forerunner would have been The Afghanistan Medal of 1878-1880.

The changing nature of warfare has seen a marked increase in the role and significance of support services, some of them civilians. This campaign was the first time that a different version of the medal was struck for combat personnel – shown here with plastic presentation box.

The recipient’s name is shown on the edge of the medal. Since 2005 machine lasers have been used to do this so, regrettably, it’s important to be on the lookout for forgeries.