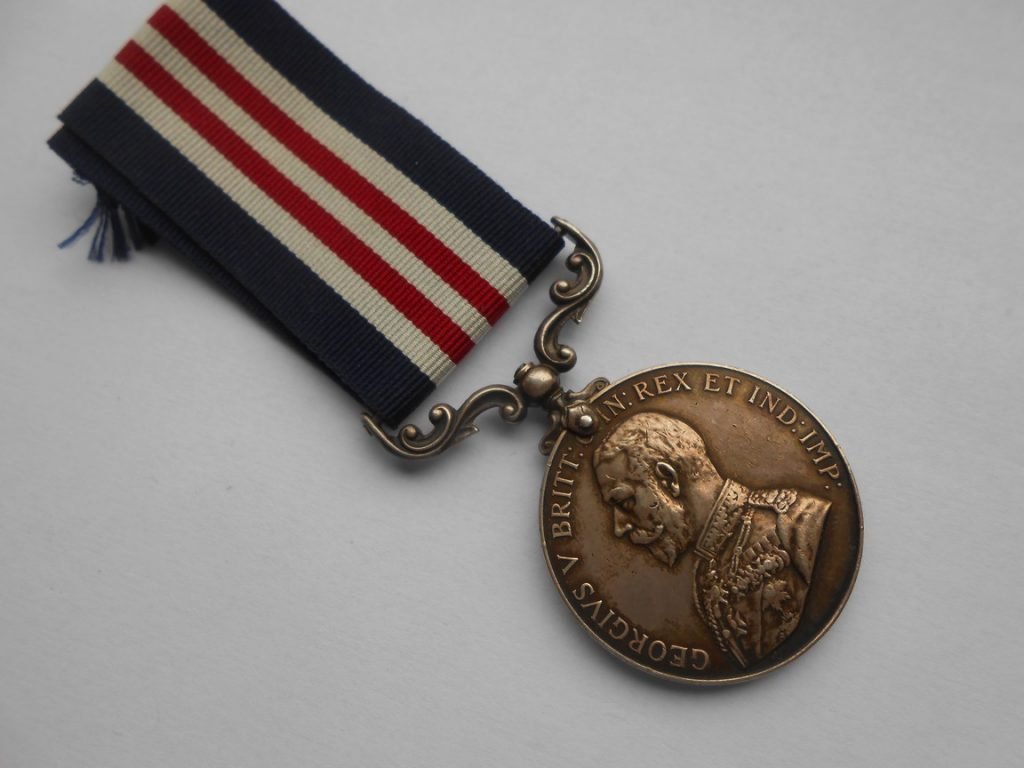 This is the Military Medal. It comes under the category of a decoration, a medal awarded to an individual “for acts of gallantry and devotion to duty under fire”. The Military Medal was restricted to bravery shown in land battles although members of the navy and air force who found themselves contributing in these unusual circumstances were also eligible. Recipients included women from 1916 onwards and anyone so decorated can add MM after their name. Chris Ryan and Andy McNab generally don’t though.

Usually, anyone in receipt of this award would also have earned other medals. Sadly, many families who fell on hard times in the 1920’s had to sell it simply for the weight of silver it contained. For this reason, single Military Medals usually start in the £250 – £450 bracket. Values double if the medal is complemented by the soldier’s full entitlement group. Military Medals awarded to support corps personnel are usually worth less – not because of any slight on their contribution, simply because many more people worked in that role.