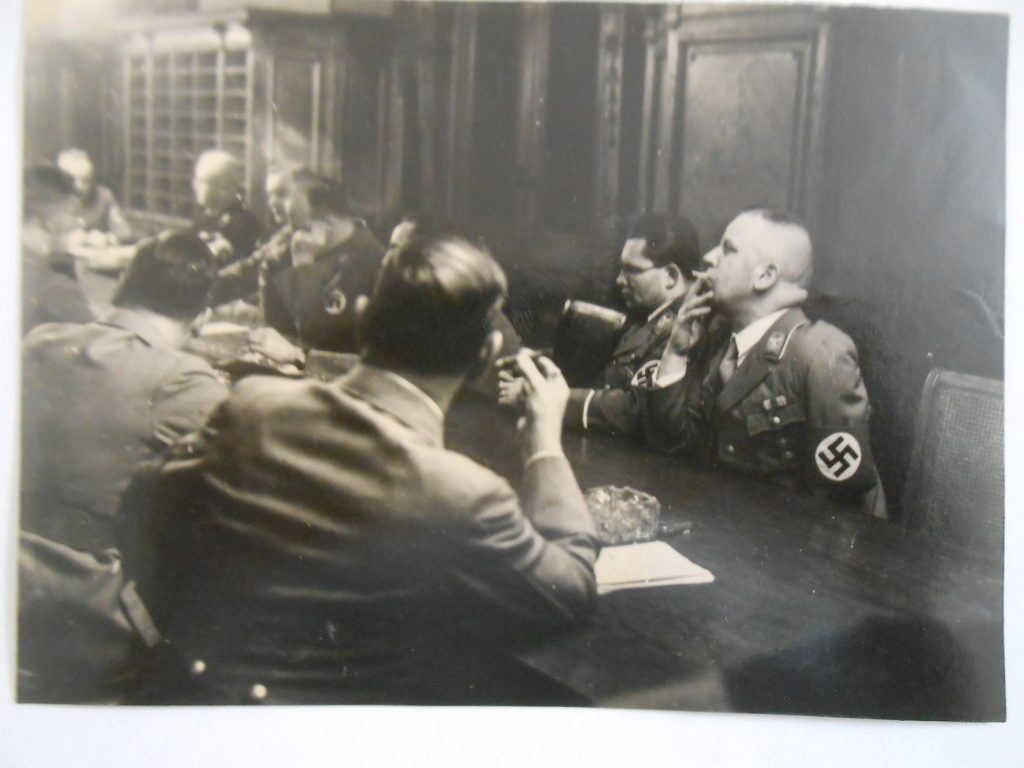 As the ‘race to Berlin’ in 1945 was won by the rampaging Red Army, it was almost inevitable that Stalin’s troops would transport anything significant back to Moscow. Allegedly, that included Hitler’s corpse. Yet among the bureaucratic record of his dictatorship was a treasure trove of unpublished glass plate photographs. These had been deemed unsuitable for release by the Nazis at the time but many provide a fascinating glimpse of the life of Hitler and his inner circle.

The most valuable of these images bear the Russian Communist archive stamp on the reverse of the paper, usually Leonar or Brovira as seen here. This example shows Hitler smoking cigars at a meeting with Ernst Röhm. Although there is no date, it was certainly taken before June 1934 when he had the SA leader murdered during the Night of the Long Knives!