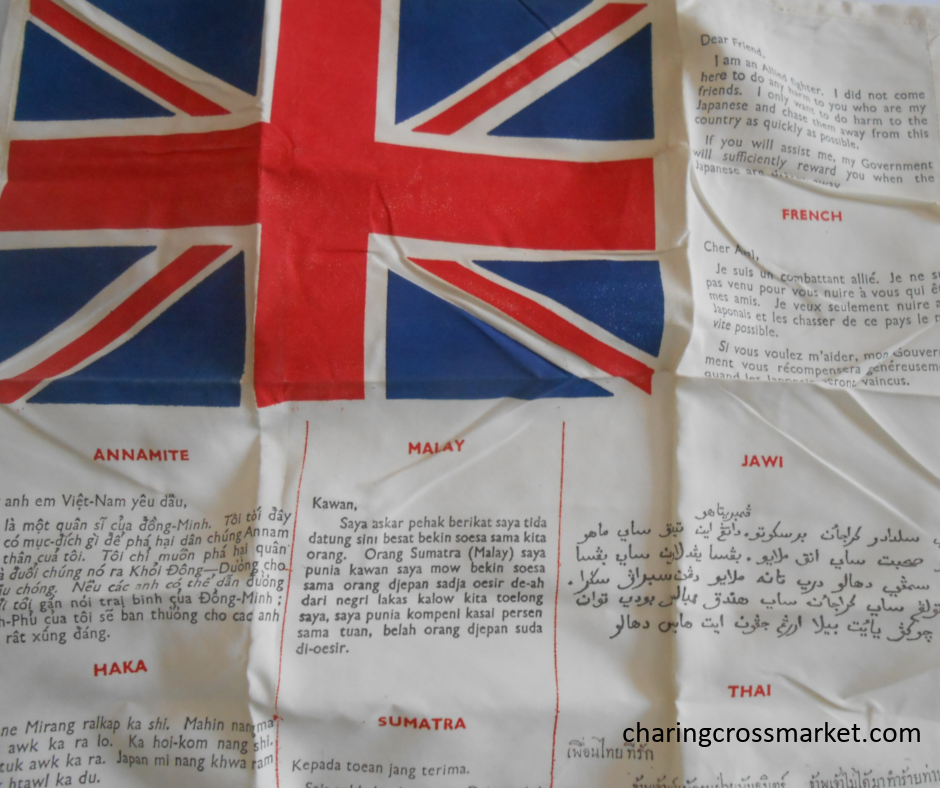 Today’s new phrase comes courtesy of this RAF ‘blood chit’. Issued to airmen during the Burma campaign, this 29 x 45 cm piece of silk could be the difference between life and death if you were brought down over enemy-held territory. In seventeen different languages, it states “Dear Friend, I am an Allied fighter. I did not come here to do any harm to you who are my friends. I only want to do harm to the Japanese and chase them away from this country as quickly as possible. If you assist me, my Government will sufficiently reward you when the Japanese are driven away.”

Blood chits were first issued systematically by the British during the First Anglo-Afghan War in 1842 but have since become standard issue for certain personnel deemed to be at risk of becoming isolated in hostile territory. They were widely used by US aircrew during the Korean and Vietnam conflict and are still issued today. However, because there were cases of hostile governments torturing and killing anyone – and even their families – involved in offering such assistance, successful examples of their use are now classified.