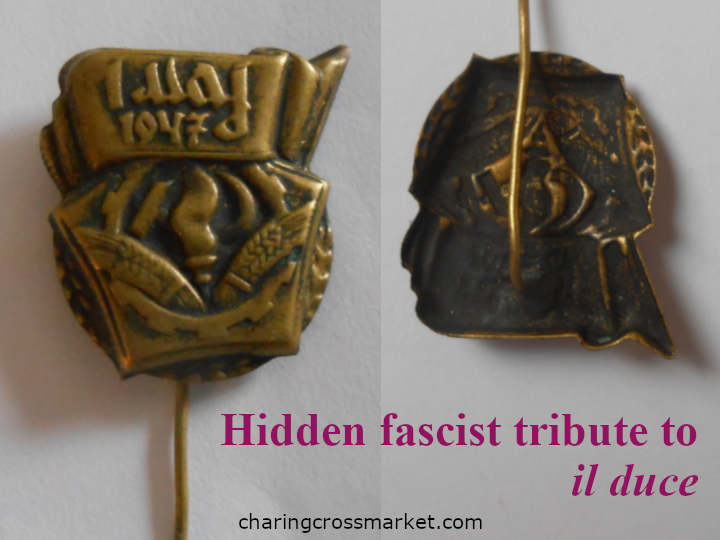 Made by Italian fascist prisoners of war for the Communist May Day celebration of 1947, few of these pressed tin badges survive. The front shows a torch above symbols of agriculture and industry but the silhouette of the reverse is very clearly a nod at the former dictator whose title of choice was “His Excellency Benito Mussolini, Head of Government, Leader of Fascism and Founder of the Empire”. The badges were freely sold until the authorities were told of the deception. They collected up as many as they could and destroyed them so this is quite a rare find – just another example of the market’s status as a go-to destination for collectables and antiques of all kinds.