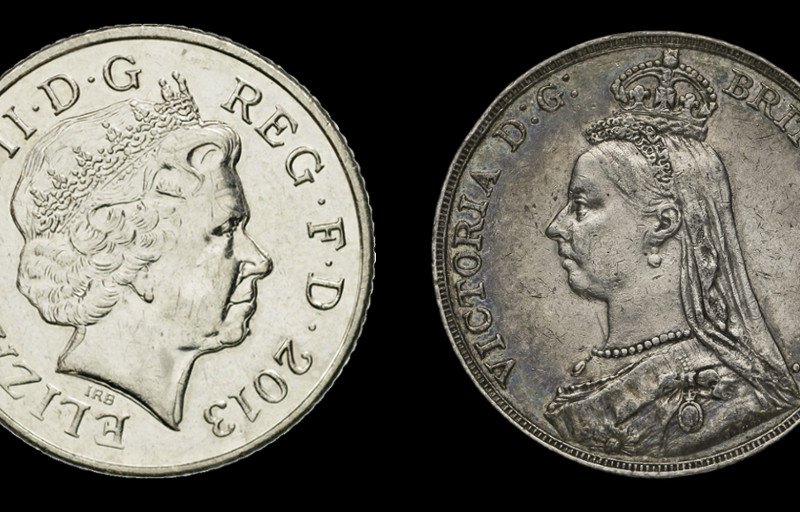 Queen Victoria was born 200 years ago today and at one point coins featuring her image were in circulation in roughly one quarter of the globe. It’s old hat to collectors of course but few layman realise that for almost 400 years the portraits of successive British monarchs have alternated between facing left and right. Edward VIII, no stickler for convention as later events proved, tried to buck the trend by having his done facing left like his immediate predecessor, George V. However, Edward’s abdication to facilitate his marriage to the American Wallis Simpson followed so quickly that no coins made it into circulation. Coins minted for the new king, George VI, showed him facing to the left (as if Edward had complied with tradition) so – technically, at least – order was restored.