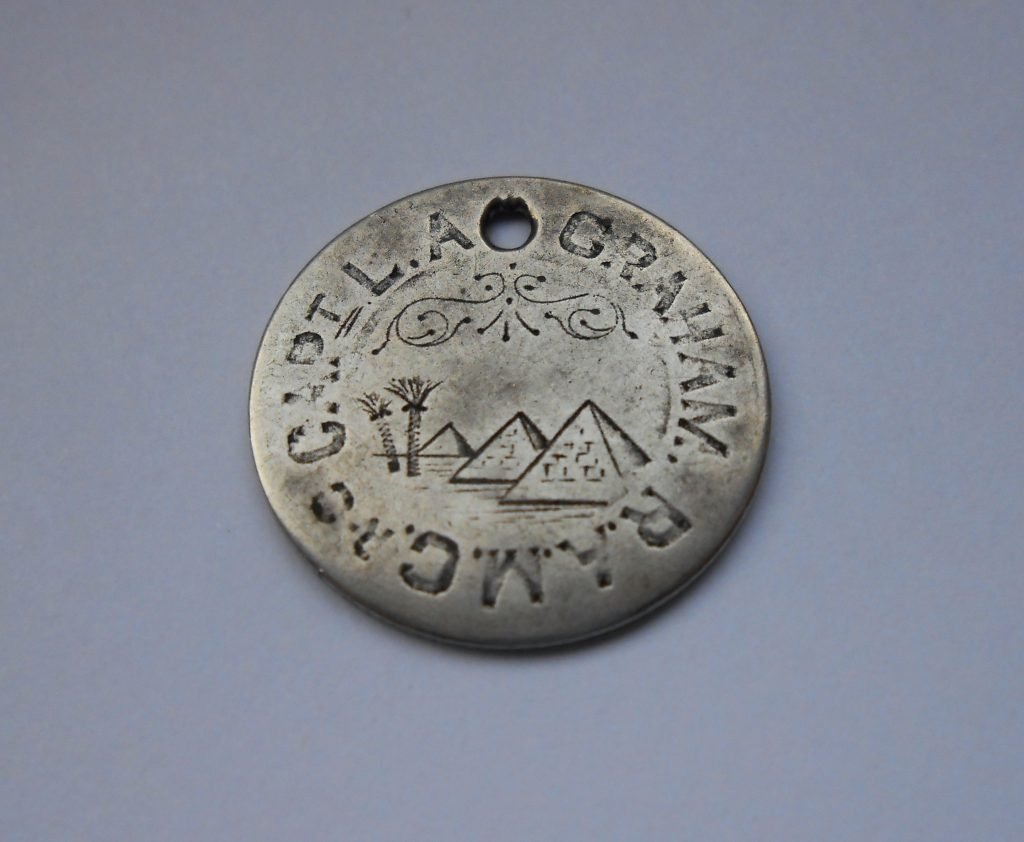 It’s 1916. It’s your first tour on active service in the Royal Army Medical Corps and you’ve landed an exotic posting to what was then the Ottoman Empire. There’s so much to explore and experience. So why spend time having a silver coin engraved with your name and regiment? Although the pyramids show this is certainly a souvenir, the real reason Captain Lionel Graham bought this at a local bazaar that day has far more to do with the everyday reality for a soldier in wartime.

The British Army had been issuing identification tags to its men since 1907 but these were now being made of vulcanised asbestos fibre.  Soldiers rightly believed that these would not last long underground or underwater.  Many, like Captain Graham, had their own made and it is highly likely that he wore this until his death, of a stroke, in Beirut during WWII.

By then a colonel, Graham had lived an exceptional life. A Cambridge graduate, he was an excellent sportsman – particularly at golf and tennis, winning several notable tournaments abroad. His friends knew him as ‘Nap’ and his obituary merited publication in the British Medical Journal.  One more forgotten hero? Well, aside from the survival of this very personal, very poignant item, if you’ve read this, absolutely not.

One thought on “DIY Dog Tag”