Michael and James Burroughs from ‘Anything Military’ are exhibiting a bronze hand bell from Agate Road School at the market this week. Measuring approximately 10cmx10cm

The dockside school suffered the biggest single loss of life in the Docklands when over 600 children died in the bombing of the docks in September 1940. This event was kept out of the news for 70 years because,at the time, it was decided not to evacuate the dockside community of Silvertown and North Woolwich as it was decided that it would be bad for morale. Evacuation was eventually carried out in secret after this tragic event. 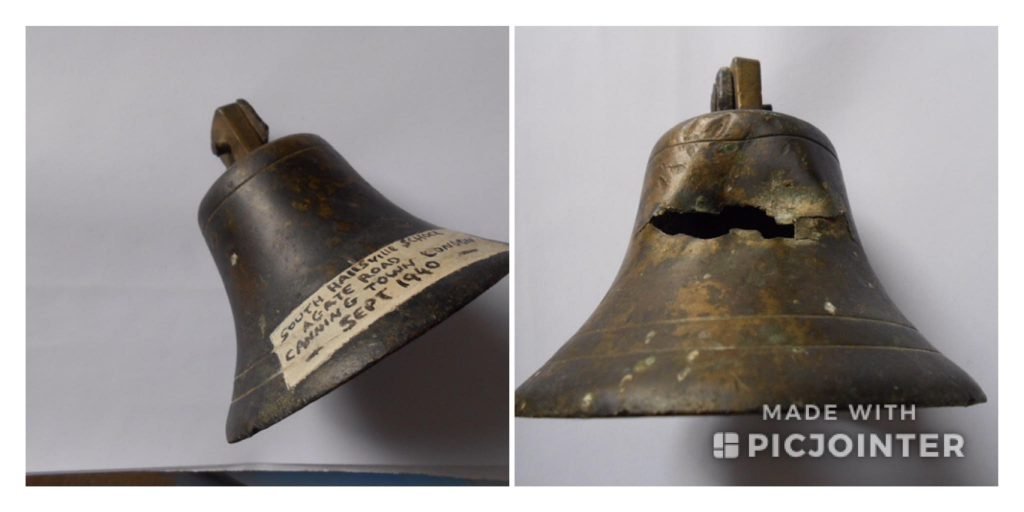